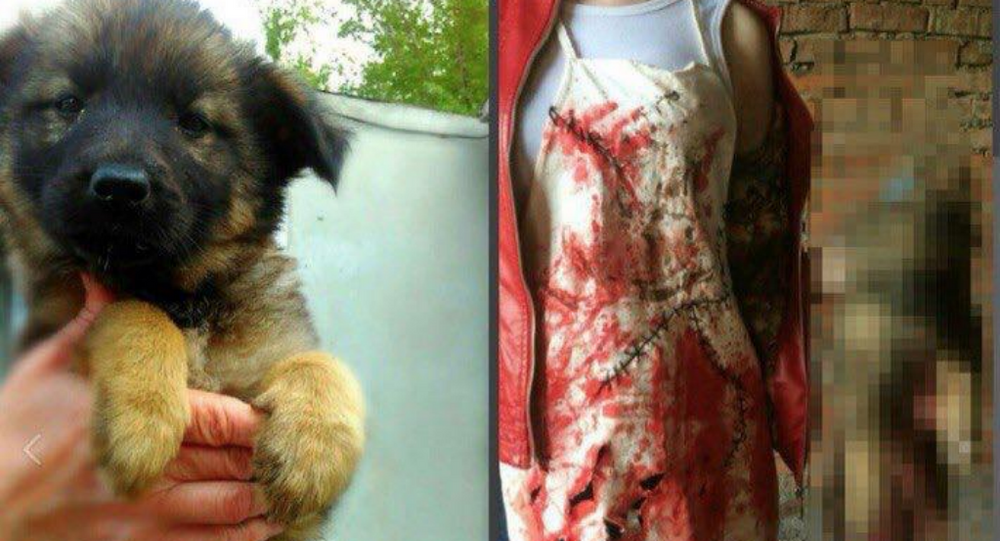 A 17-year-old girl has been arrested after allegedly abusing animals and posting pictures of her acts of cruelty on social networks, Russian media has reported.

© AP Photo
Rivers of Blood Flow in Dhaka Streets after Muslim Holy Day Animal Sacrifices
A teenager in the city of Khabarovsk, in Russia's Far East, has been arrested for her shocking cruelty to animals, Russia's Life News reported on Thursday.

A police source said that one teenager is a suspect and another is a witness in the case, which came to light when one 17-year-old and one 16-year-old girl posted photographs of animal cruelty online and published messages about the crimes.

Users of social networks who saw the photographs and conversations reported that the girls claimed to have answered local adverts seeking homes for unwanted animals.

According to Russian law, the abuse of animals may be punished by up to two years in prison.

This Dog is Specifically Trained to Fetch Beer and Close Fridge Door, Too