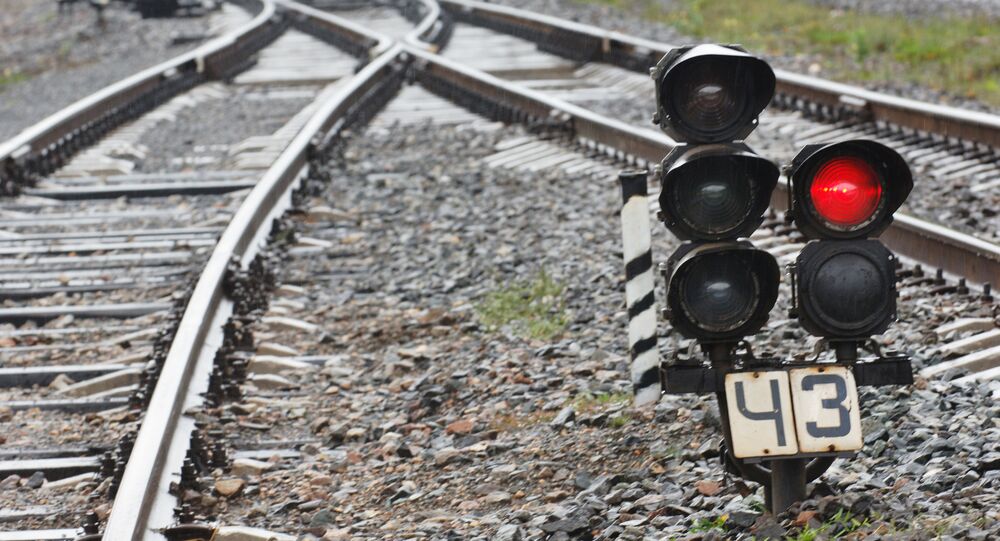 MOSCOW (Sputnik) — The Vinarci–Djordjevo line is the last of the three southern sections of the 10th Trans-European Transport Corridor. RZD began construction under a previously signed contract.

RZD will completely replace the tracks, rebuild 11 crossings, some stations and low platforms, build new drainage and restore the cantenary system on the 15 km section.

© AP Photo / Alexander F. Yuan
Silk Road Strategy: China Boosting Railways to Diversify Transit Lines
The construction and installation work will be carried out without bringing all railway traffic to a halt. Serbian subcontractors will do part of the work.

After the project, passenger train speeds will increase to 120 kph compared with 50 kph now, the company reports.

The Vinarci–Djordjevo upgrade is to be completed in the second quarter of 2017. The project is worth over $38 million.

This work was contracted under an addendum to the contract on building and modernizing railway infrastructure in Serbia, which is part of an agreement signed by the Russian and Serbian governments.

Russian Railways and Swissrail Agree on Scientific and Technological Cooperation