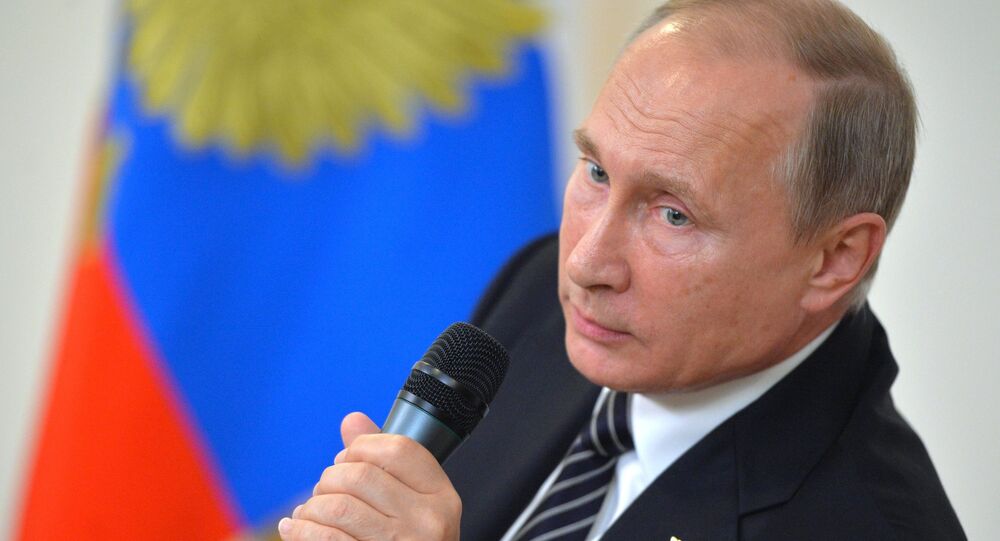 The perfect moment of comic timing followed the meeting of the BRICS member states' leaders on Sunday, as Russian President Vladimir Putin was talking about US intelligence services’ “snooping and eavesdropping on everyone.”

Putin warned Russian journalists that the US National Security Agency (NSA) and allied surveillance departments were keeping an eye on them. "You are all objects of inquiries by the respective [intelligence] services," he said.

"You are the bearers of certain information," Putin continued. "You can hear something, see, talk to someone, freely speak over the phone."

All information "is of interest" and is being "systematized, put together and analyzed — this is what the NSA is doing," Putin stated.

The Russian president also noted that, according to former intelligence agents, the NSA operates in violation of US law, while in Russia intelligence agencies work in accordance with legal and constitutional norms. As he finished that statement, a brief blackout turned off the president's microphone. "I said something wrong apparently," the Russian leader joked.

Answering the question of whether Brazil's current president was recruited by US intelligence, Putin said he was neither aware nor interested in the topic.

Earlier, commenting on recent threats from US Vice President Joe Biden about the preparation of cyber attacks on Russia, Putin said, "you can expect whatever from our American friends."

How the BRICS Can Help End War in Syria and Establish a New, Just World Order

How BRICS Members Will Benefit From Leaders’ 'Goa Retreat'