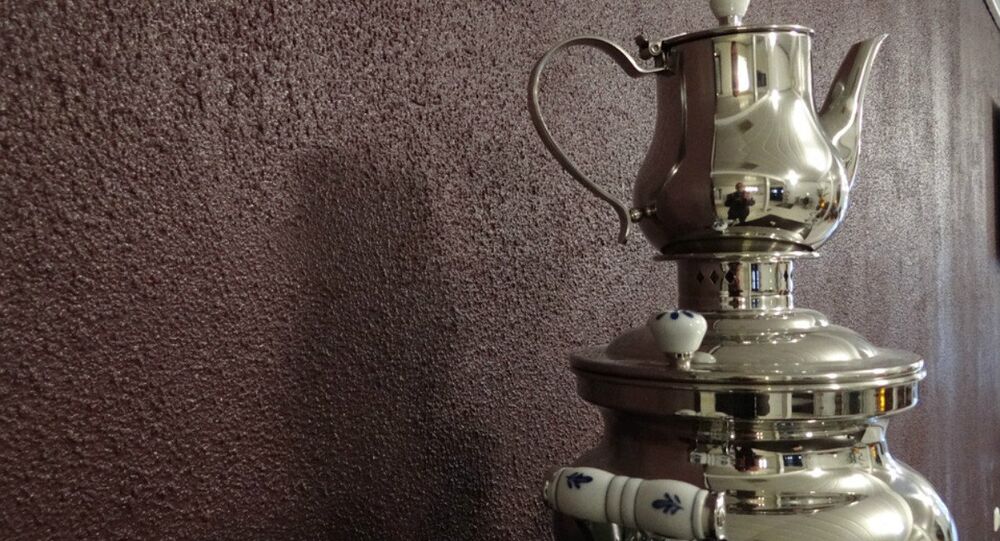 Russia's Federal Security Service (FSB) has resorted to unconventional wiretapping methods in its investigation of Russian Investigative Committee officials suspected of large-scale bribery: it was able to obtain the incriminating evidence through a carefully bugged samovar, a traditional freestanding tea kettle it had previously gave as a gift.

It was able to listen to the head of the Moscow Investigative Committee’s Internal Security Department, Mikhail Maksimenkob through a traditional Russian tea maker, the samovar, it had previously presented him as a gift.

The samovar with the FSB logo and engraved message that "Directorate M of the Economic Security Service (SEB) of the FSB is fighting corruption in law enforcement bodies"  was presented to Maksimenko last December while he was in hospital due to complications from concussion.

Darwin award: Russian General arrested for corruption after FSB bugged him via *samovar* they gave him as birthday present. It had FSB logo.

​The bugged samovar then allegedly picked up a conversation in which Maksimenko alluded to a US$500,000 bribe from subordinates of a Moscow organized crime kingpin. Zakhary Kalashov, also known as Shakro Molodoi, was detained earlier in July and his gang was involved in a much-publicized shootout near a restaurant in central Moscow in December 2015, which left two people dead and several more injured.

Bugged samovar — engraved with the letters "FSB" and the organisation's logos — leads to arrest of Russian officials pic.twitter.com/9QHWJelc95

​Prosecutors accuse Maksimenko of receiving the bribe in exchange for softening charges against one of Kalashov’s men implicated in a December shootout.

Maksimenko claimed that he was aware the FSB was listening to all of his conversations at home, however he "wanted them to see that he was alright and didn’t take bribes.”

Maksimenko was arrested with two of his subordinates in July, but the information on his wiretapping has been revealed only now.

Maksimenko claimed that the FSB’s surveillance on him was illegal, but the court dismissed his argument, saying the security agency had secured judicial authorization on December 23, 2015.

On Thursday, a Moscow district court authorized the extension of the arrest of all the three men until December 19.