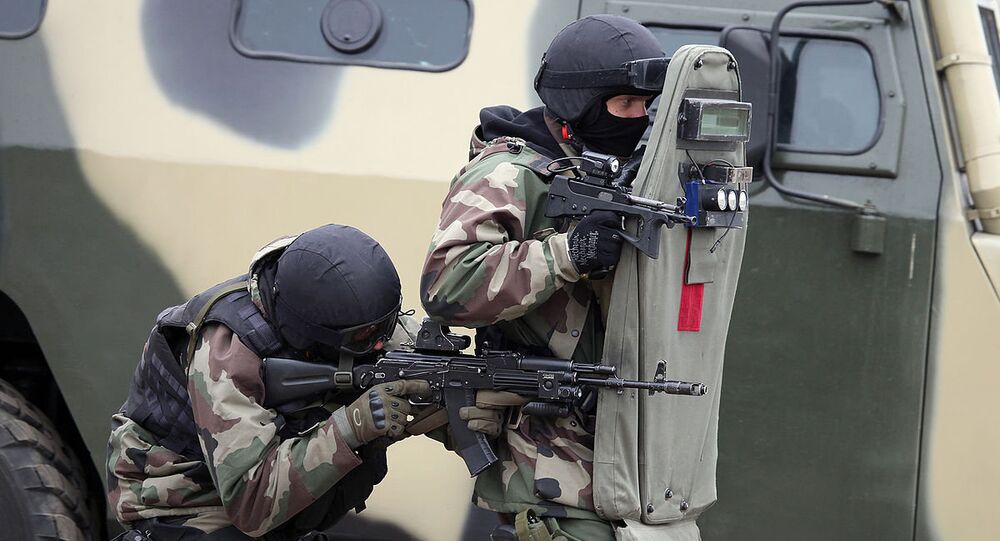 The PP-2000, a submachine gun that weighs a little more than an ultrabook computer, will soon be put into service by the Russian National Guard, according to the newspaper Rossiyskaya Gazeta.

Known for its simple design, the PP-2000 is made with a minimum number of parts, and outstrips all of its European analogues in terms of performance characteristics.

The 1.4-kg (3.09lb) gun is specifically designed as a close-quarters combat weapon, intended for riot police and special operations forces.

The PP-2000's effective firing range stands at about 200 meters and its weight and other specifications are notably on par with those of a modern combat pistol, according to Rossiyskaya Gazeta.

The gun is equipped with a 9-mm pistol armor-piercing bullet cartridge and can be used in buildings and transport vehicles thanks to the bullet's reduced risk of ricocheting.

The PP-2000's developers have specifically noting the gun's accuracy and precision shooting. Alexey Sorokin, for his part, explained that the gun can be fired with one hand and used as a secondary weapon; the gun can also be easily camouflaged under clothing.

One unusual feature of the PP-2000 is its ability to store a spare 44-round magazine at the rear of the gun, where it also functions as a stock, in addition to the main 20-round magazine.

Another unusual feature is that the gun's charging handle is located directly behind the front sight and folds out of the way when not in use.

In April 2016, Russian President Vladimir Putin announced that the country was replacing the country's internal troops with a National Guard service, and introduced to a corresponding bill to the Duma, the lower house of the Russian legislature.

The Russian National Guard, a new federal executive body, will be engaged in the fight against terrorism and organized crime, deploy during national emergencies and anti-terrorist operations, protect significant government facilities and special cargo, as well as assist the Federal Security Service (FSB) in the protection of the national borders. France followed suit in July, re-creating the country's National Guard in the wake of the Bastille Day terrorist attack.