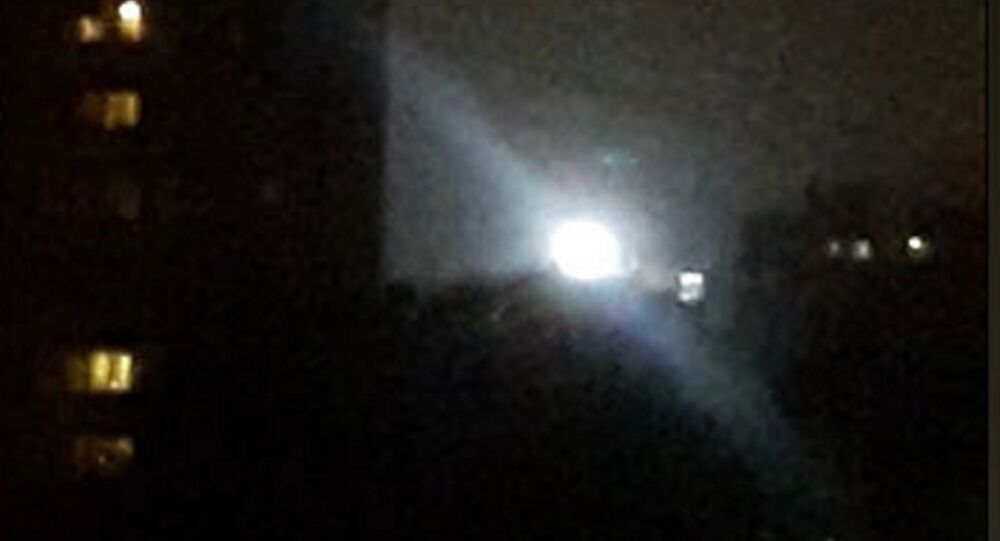 A massive ball of light, caught on camera as it floated over apartment buildings in Moscow, has captured the attention of UFO hunters across the globe.

The incident took place on Monday evening in the Marfino District, and the footage was quickly posted to YouTube. The strange ball of light appears to be hovering and moving up and down before disappearing behind the skyline.

Residents of Moscow have been commenting on the video, saying that this is far from the first time they have seen a strange orb.

"You can see this UFO quite often in Moscow, I've seen it two times this year. They are even more frequent in other cities,” a user wrote.

Other users, skeptical of the UFO claims, have asserted that it looks like a helicopter with a searchlight on.

In February, another video shot in Moscow appeared to show four unidentified lights flying in formation over the city. That footage also went viral as alien enthusiasts asserted that it was proof of extraterrestrial life.

“There were four balls of light. A red one to the left, two white ones in the middle and a less bright one to the right. Sometimes the one on the right would disappear and come back. All together, they made the geometric shape of a rhombus," the person who uploaded the video said.

Russian officials have not commented on Monday’s sighting.