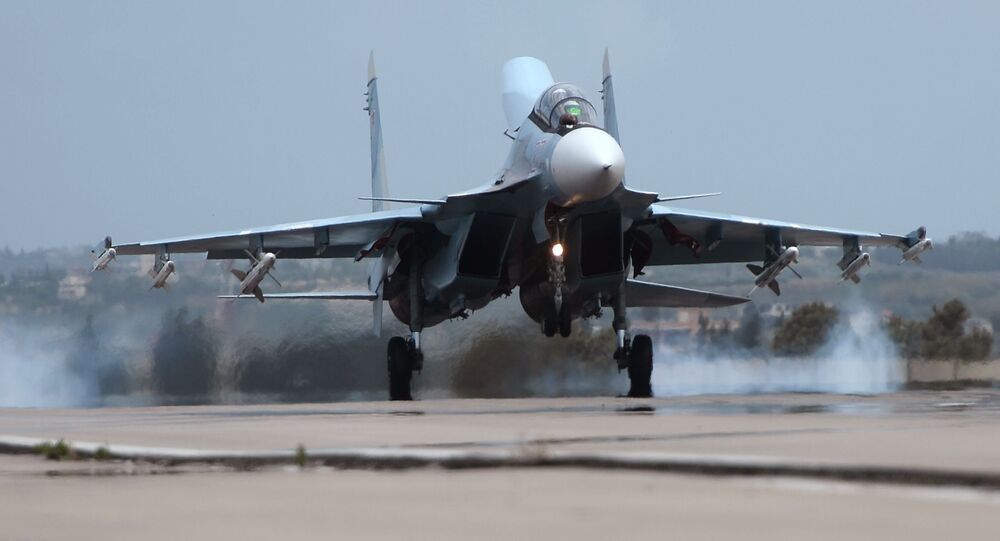 Russia's lower house of parliament ratified on Friday an agreement with Syria that authorizes the deployment of a Russian air group at the Hmeimim airbase for an indefinite period of time.

© Sputnik / Maksim Blinov
Why Russian Hmeymim Base Will Be Beneficial Not Only to Syria
The Hmeymim airbase agreement was signed in Damascus on August 26, 2015, and was submitted to the State Duma for ratification in the beginning of August, 2016. The document was approved by 446 State Duma lawmakers.

A Russian airforce group has been deployed to the Syrian Arab Republic following a request from Damascus. The airforce group is located on the Hmeymim airfield in Latakia. Moscow will use the base 'free-of-charge' and will carry out supplies of necessary equipment and ammunition to the base without customs or any other duties, the memorandum says.

"The operation of the air group is conducted in line with its commander's decisions based on the plan approved by both sides," the document says.

Russia began its air campaign against Daesh in Syria on September 30, 2015, at the request of Syrian President Bashar Assad.