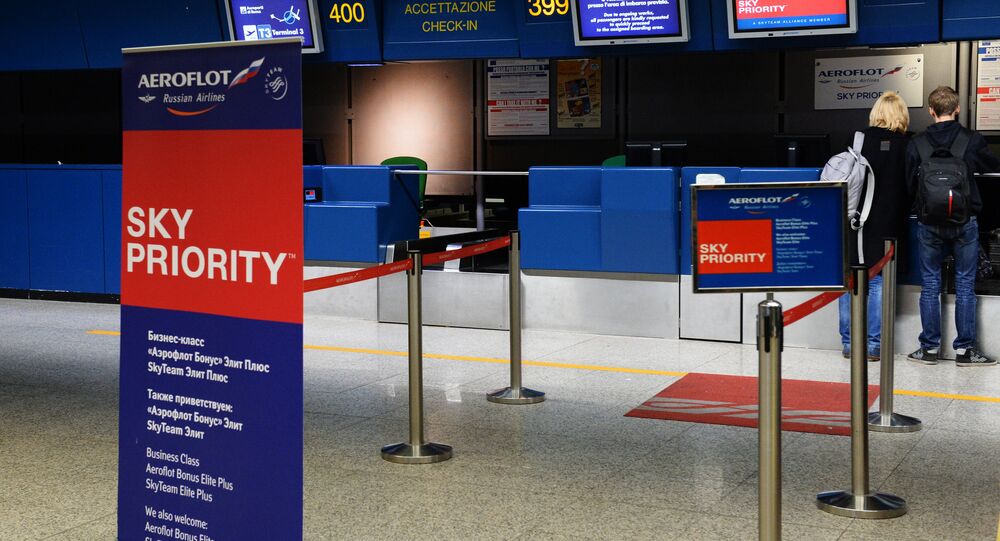 According to the company's CEO, Aeroflot airlines is working on the contracts for the supply of 20 additional Sukhoi Superjet 100 (SSJ100) and 50 MC-21 aircraft.

"We are currently working on the contract regarding 20 additional Sukhoi Superjet and on 50 MC-21," Saveliev told Russian President Vladimir Putin during their meeting.

He added that the company was expecting the SSJ100s to be delivered in 2017-2018 and also to become the first commercial user of the MC-21s.

The SSJ100 is a regional 100-seat airliner designed and produced by the Moscow-based Sukhoi Civil Aircraft Company (SCAC).

The MC-21 is a short- to mid-range Russian jet airliner manufactured by Irkut aircraft corporation which is capable of taking between 150 and 211 passengers on board. The first flight of the MC-21 airliner is scheduled for the second half of 2017.

Russia's Aeroflot to Return Stranded Passengers From Istanbul on Monday

Aeroflot Cancels Flights to, From Istanbul on June 29 Over Terrorist Attack