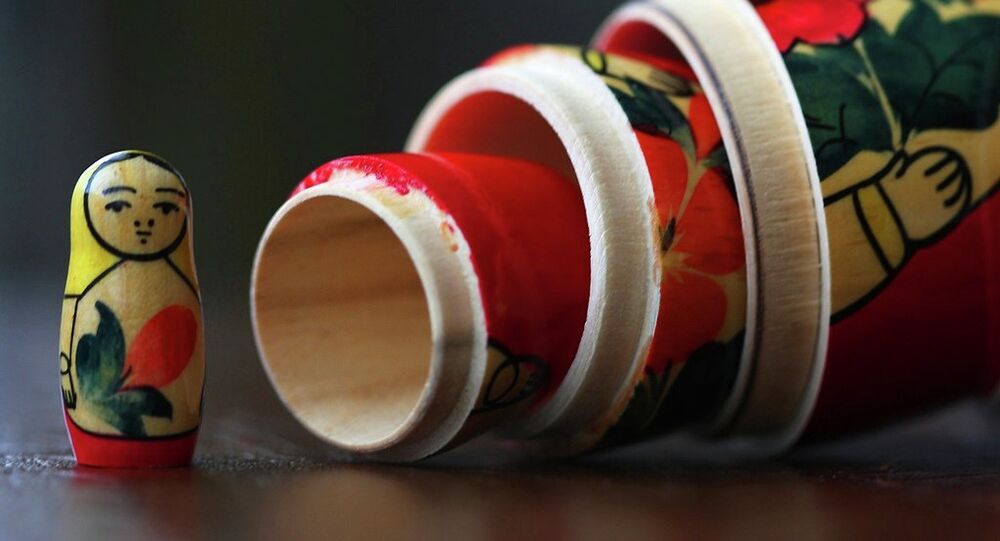 Russia's Top 10 Non-Energy Exports (You May Be Surprised)

Russia is well-known as a global energy superpower, with oil, gas and coal accounting for upwards of 50% of the country's exports (and up to 70% when counting refined energy products). But the Russian economy's foreign trade certainly doesn't live by oil and gas alone. Here's a list of Russia's top 10 non-natural resource-based exports.

Looking to challenge the idea, popular in some Western mainstream media and its Russian counterparts, that Russia is 'a resource appendage to the West', PolitRussia contributor Sergei Cherkasov decided to do a little research on the subject, discovering that this really isn't the case.

© Sputnik / Artem Kreminsky
Russia's Grain May Soon Bring in More Gold Than Oil
First of all, the journalist recalled, even Russia's oil exports aren't limited to crude oil (which accounts for $89.6 billion, or about 27% of Russia's exports); there is also a range of petroleum products, including fuel oil, diesel and gasoline, (altogether accounting for $67.5 billion), and all of them require a modern, technically advanced infrastructure and equipment to produce and deliver.

A similar picture emerges when looking at the exports of other natural resources, Cherkasov noted. For example, in 2015, Russia exported $6.3 billion in forestry products, with $3 billion of that consisting of processed wood and almost $1 billion of plywood and pulp. Only $1.3 billion of the total amounted to unprocessed timber shipped across the border.

In total, the unprocessed products which Russia simply pumps up, digs out of the ground, cuts down or otherwise extracts and sells abroad really amounts to 30-40% of total exports, depending on how one counts 'unprocessed goods'.

In the meantime, taking advantage of a weaker ruble and low energy prices, companies not engaged in the sale of natural resources have engaged in a friendly competition to see who comes out on top in securing a worthy second place next to energy in Russia's basket of exports. With weapons exports long holding the silver medal in this area, this year it looks like agriculture is set to outstrip the arms trade.

But that's 2016. According to figures from 2015, compiled by the Federal Customs Service earlier this year, the arms trade accounted for $14.5 billion in foreign earnings, giving it the top spot.

"One can have different attitudes about the fact that Russia is one of the biggest arms manufacturers in the world today," Cherkasov wrote. "But one thing is clear: the development and production of modern weaponry requires highly skilled professionals, advanced equipment and sophisticated multi-level production chains." And global demand, of course.

Coming in second were fertilizers, which accounted for $8.61 billion in export earnings in 2015. The industry benefited significantly from a weak exchange rate and Russian countersanctions on Western food products over the last two years, allowing it to expand significantly both domestically and in foreign markets.

Third in the list are Russia's peaceful nuclear technology products, which poured $6.3 billion into Russia's coffers in 2015. Reactors, fuel, and nuclear engineering knowhow is hard to come by, and Russia remains one of the strongest countries in the world in this regard.

Fifth is cereals, which brought in $5.7 billion in income in 2015. "Here there's little to add," the journalist suggested. "In some areas we are in first place – in others there is still some ways to go. In any case, we have been actively developing the agricultural sector, and every year sees new records."

In sixth place, with ferrous metals and copper are excluded, is land transport of various kinds. Accounting for $3.9 billion in earnings, these include everything from cars, trucks, railroad cars and locomotives, factories, and the workers who would build them abroad; and as Russia escapes its post-Soviet machine-building slump and modernizes its output, this area is becoming more and more profitable every year.

Seventh and eighth are electrical machinery and steel, whose total sales abroad amounted to $3.4 billion and $3.3 billion, respectively. "Actually, in the list of exporters of steel, Russia firmly holds on to 4th or 5th place, and in terms of total production balances between 4th and 7th in the world," Cherkasov noted. Unfortunately, the same cannot be said about neighboring Ukraine, once the heart and pride of the Soviet steel industry. This year, the country fell out of the top ten global producers, its total output having fallen by half since 1991.

Ninth among Russia's top non-natural resources is organic chemistry, which brought in $3 billion last year. This includes things like acyclic hydrocarbons, as well as alcohol.

Rounding out the top ten is fish production, which accounted for $2.8 billion in earnings last year.

Finally, if one looks at other non-natural resources exports accounting for over $1 billion, these include things like ships, plastics, rubber and specialized tools and instruments, as well as partly-prepared food.

"What is the moral of this list?" Cherkasov asked. Essentially, it is that Russia "is actively engaged in the development of certain areas of production not associated with oil or coal, and which enjoy good demand abroad. Often this includes high-tech manufacturing of the kind that not every country can master."

© Sputnik / Vladimir Baranov
Import Substitution: Glonass Satellites to Switch to Russian Electronics
Ultimately, "without the sale of energy, our exports would decline, but they definitely wouldn't go anywhere," the journalist emphasized. At the same time, he noted that Russia has nothing to feel ashamed about for being a major energy power.

"Decades will pass and oil will no longer be of any use to anybody – at least not as an energy source; and no one will need gas either. We should not [greedily hold on] to what is valuable today. We need to pump oil and gas, mine coal, etc., and process as much of it at home as possible, selling it abroad for maximum added value throughout the world. In exchange, we will be able to build new modern plants, create new weapons to defend the country and develop new breakthrough technologies. For this our descendants will thank us," Cherkasov concluded.