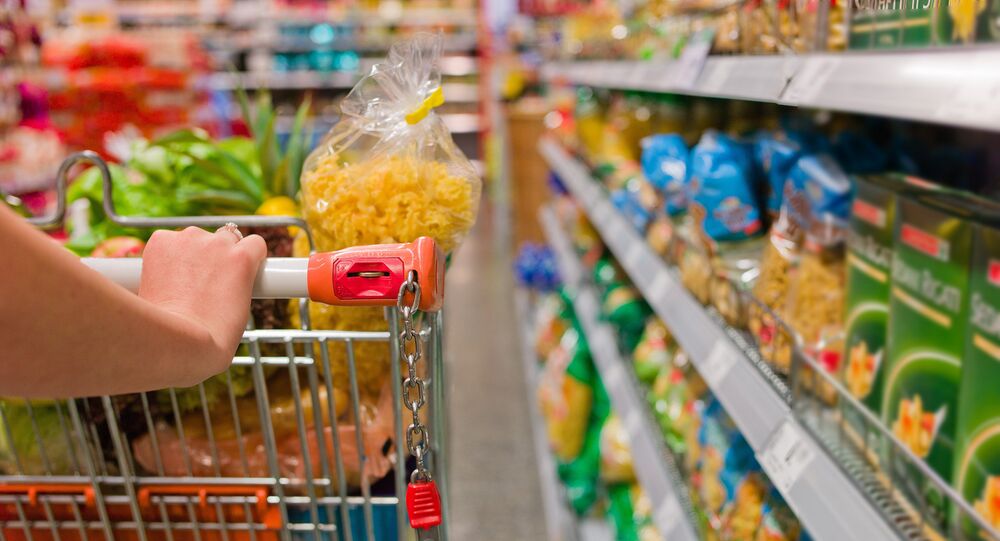 Russia is benefiting from the economic sanctions imposed against Russia by the US and EU, and lifting them now would undo some of the positive effects experienced over the past two years, Russian economist Vladislav Inozemtsev wrote in an article for the newspaper RBK on Wednesday.

© Sputnik / Kirill Kiryanov
Russian Farmers Enjoy Sanctions & Bumper Harvest in World's Top Breadbasket
While some Russian politicians appear keen for sanctions against Russia to be lifted, their removal would be counterproductive for the Russian economy, Russian economist Vladislav Inozemtsev said on Wednesday.

On Sunday Russian Agriculture Minister Alexander Tkachev told the news channel Russia 24 that lifting counter sanctions against Europe would have little effect on Russian agriculture, since Russian produce is enjoying  increased demand from Russian consumers, partly as a result of the ruble's devaluation.

Russia's import substitution policy has also led consumers to pay more attention to the origin of products, and even items such as wine, which are not subject to Russian counter-sanctions, have experienced a significant increase in demand.

"We would like (the sanctions) to continue for another five years. (But) even if they remove them, it won't be that bad," said Tkachev, adding that sanctions and Russian counter-sanctions have already made Russian agricultural produce more competitive.

Writing in the news outlet RBK, Inozemtsev agreed that sanctions have effectively allowed Russian producers to better compete with European imports. In addition, the Western financial services which Russian companies have been denied over the past two years are of questionable benefit.

"Russia will only start to re-establish its position as a market for European goods and financial services," if sanctions against Russia are removed, Inozemtsev warned.

© Sputnik / Vitaliy Timkiv
German Firms Respond to Sanctions by Localizing Production in Russia
Over the past two years, Russia's agricultural sector has enjoyed significant growth; 3 percent annualized in 2015, and 2.6 percent in the first half of this year.

"To a large extent, producers are just getting used to the relatively favorable conditions created by the embargo, and are investing heavily in the development of production. The removal of counter-sanctions, which would undoubtedly happen if the Europeans make the first move, may result in losses and lost profits for thousands of farms, especially since central European producers who have suffered the most, are ready to quickly return to the Russian market," Inozemtsev cautioned.

In March 2014 the US, EU and a handful of their allies began to impose a series of sanctions against Russian individuals and businesses, following Crimea's decision to join the Russian Federation in the aftermath of the Maidan coup.

In August 2014 Russia retaliated by launching its own sanctions, which affected the import of certain food products, such as cheese and meat products. The counter-sanctions have been prolonged in step with the EU sanctions, and even expanded: earlier this month salt joined the list of food products under embargo.

"In accordance with the doctrine of food security, Russian producers' share of food production should be no more than 85 percent, and taking into account the amount of (their) investment the time has come to support our producers," Russian Deputy Prime Minister Arkadiy Dvorkovich said earlier this month.

"Russian producers can provide the country with salt, the country has the appropriate raw materials and manufacturing (capacity)."

© Sputnik / Anton Denisov
So Much for Sanctions: Russia Meets Foreign Borrowing Targets Despite Pressure
Even in the financial services sector, the benefit to Russian business of returning Western finance will be limited, Inozemets said. The external borrowing of Russian banks and corporations decreased by $150 billion in the first year of sanctions, but this lack of foreign investment, however, has been balanced by the positive effect of a devalued ruble and an increase in domestic investment.

"Financial sanctions also had a positive effect: they put pressure on the ruble, thereby allowing the government to convert oil and gas income into rubles at a good rate, and domestic banks to extend their lending."

Sanctions which were supposed to hamper Russia's oil and gas output by limiting access to some necessary technology has also failed to have the desired effect, Inozemtsev wrote.

"Even here, the removal of sanctions wouldn't bring much benefit. In recent years Russian oil producers have succeeded in increasing the profitability of existing oilfields: in 2016 oil output is expected to be around 540-543 million (metric) tons, as opposed to 534.1 million in 2015 and 526.7 million in 2014."

The sanctions were intended to prevent Russia from attempting to extract oil from hard-to-reach areas of the Arctic Ocean and the Siberian shelf. However, a representative of Russia's Rosneft corporation confirmed on Wednesday that delays in its shelf exploration projects weren't connected to anti-Russian sanctions.

Inozemtsev pointed out that the current low price of oil is the deciding factor for extraction projects, and that the delay in extracting from these hard-to-reach regions is actually helping Russian oil and gas producers to economize.

"Returning to plans to extract oil at high latitudes would be counterproductive. It costs more than $70 a barrel to produce oil there, and $100 per cubic meter of gas, which makes production in the current environment completely unprofitable. In this situation, sanctions are probably just part of the status quo and more likely rescuing (companies) from making more pointless investments rather than causing significant harm," Inozemtsev wrote.

Producers in the EU affected by Russian counter-sanctions have made repeated calls for their removal. However, sanctions may continue to benefit the Russian economy in the longer term, since the EU and US insist on linking the lifting of anti-Russian sanctions to the implementation of the Minsk Agreements.

© AFP 2020 / MAXIM MALINOVSKY
Ukraine Finds Itself Pressured by US, Europe to Honor Minsk Accords
These accords were agreed upon in February 2015 between representatives of the self-proclaimed people's republics of Donetsk and Lugansk, Ukraine, Russia, France and Germany. They call for a halt to military operations by the Ukrainian army and the militia of the self-proclaimed republics, as well as constitutional reforms including decentralization and a special status for these regions.

However, Moscow is not party to the conflict in the east of Ukraine, and the decision to link sanctions to the Minsk Agreements makes their removal a remote prospect given the current state of the conflict between Kiev and the Donetsk and Lugansk regions, where both sides accuse each other of violating the ceasefire agreement.

While Moscow has called on the Donetsk and Lugansk regions to engage in constructive negotiation with Kiev, it supports the insistence of the self-proclaimed republics on the constitutional reforms detailed in the Minsk Agreements, which Kiev has yet to implement despite agreeing to do so by the end of 2015.