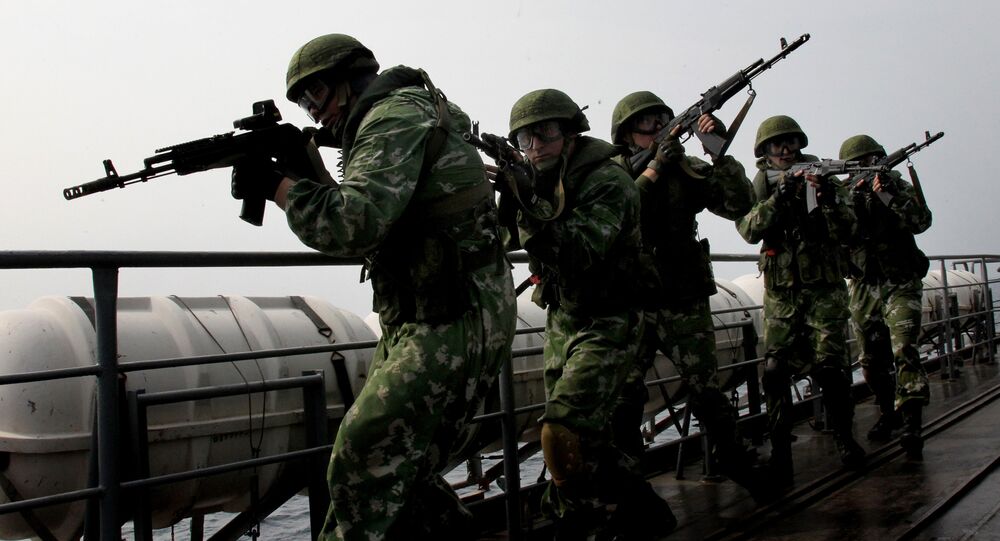 Some 1,000 Russian Eastern Military District (EMD) signal corps troops are taking part in exercises being carried out in three Siberian and Far Eastern regions of Russia, the EMD said Wednesday.

KHABAROVSK (Sputnik) — In Siberia's Republic of Buryatia, EMD troops are working to provide communication to motorized infantry, tank and artillery army units taking part in an active phase of ongoing drills, which involve live shooting, according to the EMD.

"Around 1,000 troops from EMD signal corps and over 100 units of modern special equipment are involved in tactical drills that are being carried out in Buryatia, in the Primorsky Territory and in the Sakhalin Region," the EMD said in a statement.

In the Sakhalin Region, the troops are deploying field mobile control centers, as well as setting up the necessary communications for an ongoing coastal defense exercise, the EMD said.

US to Oppose Development Loans to Russia, Other Nations Over Trafficking Law