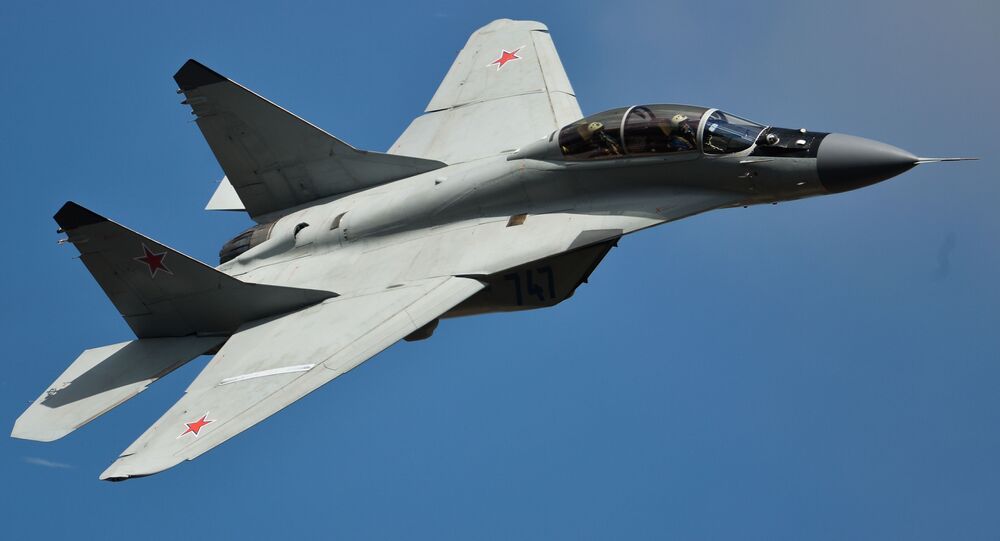 According to a spokeswoman for the company, Russian Aircraft Corporation MiG is currently holding talks with several potential buyers of the MiG-35 jet fighters.

"At the moment, MiG-29 is being used in 29 countries around the world. All of these countries, some more and some less so, are interested in MiG-35s, as most of MiG-29s were delivered abroad in the 80s, and these aircraft are now becoming obsolete. Many need replacement, rather than modernization, which we also ready to offer. Now we are dealing with a number of potential customers for MiG-35s," Anastasia Kravchenko told RIA Novosti.

She added that the replacement of MiG-29s with MiG-35s was a cost-effective move, as it would significantly reduce the cost of maintenance.

The Russian Mikoyan MiG-35 (Fulcrum-F) jet fighter is a further development of the MiG-29M/M2 and MiG-29K/KUB. The first batch of the test version is expected to be transferred to the Russian Defense Ministry until the end of the year.