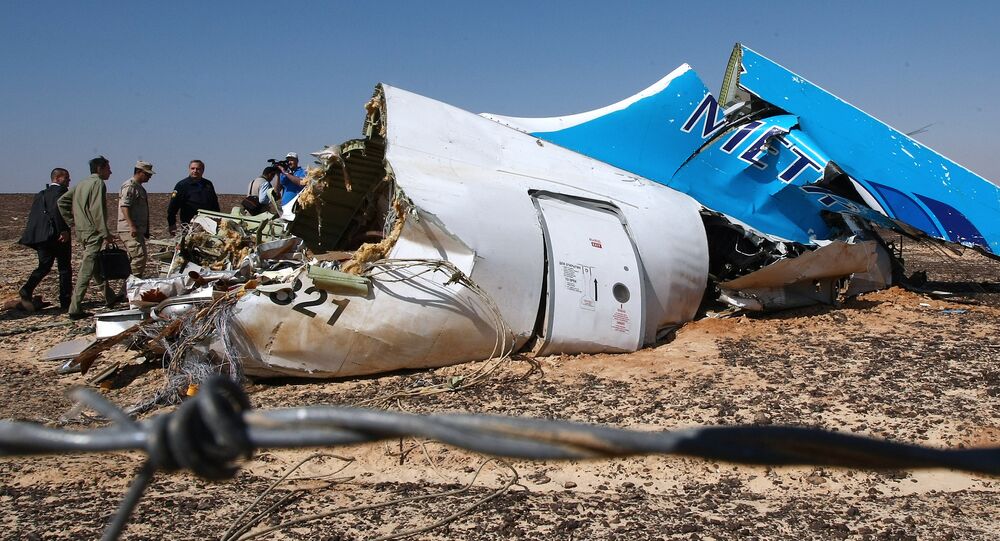 A321 Crash One of Reasons Behind Russian Anti-Terror Law

A321 flight jet crash last year became was one of the reasons behind Russian authorities’ decision to adopt the new counterterror law.

Press-service of Russian Emergency Situations Ministry
Plot Thickens: Last Seconds of Airbus A321 Black Box Tape to Be Analyzed Outside of Egypt
MOSCOW (Sputnik) — The deadly terror attack that caused the crash of the A321 flight in Egypt last year became was one of the reasons behind Russian authorities’ decision to adopt the new counterterror law, Head of Division for International Cooperation of the Russian Investigative Committee Pyotr Litvishko said.

“Last year’s tragedy in Egypt was one of the factors behind its adoption,” Litvishko told RIA Novosti, when asked whether the November terrorist act had any impact on the subsequent adoption of the law in July.

According to the official, the amendment of the Russian Criminal Code created the possibility for Russian pre-trial investigation authorities and courts to conduct investigative and other procedural activities, including arrests and other restraint or coercive measures, abroad themselves (not necessarily in the country of the locus delicti) in accordance with the Code.

© Sputnik / Maxim Grigoryev
UK Assists Egypt in Investigation of Russian A321 Crash Over Sinai
Such arrests may now be made “in respect of foreign nationals and stateless persons (also when they are suspects or accused), in cases of any extraterritorial crime falling within Russia’s prescriptive jurisdiction and providing for legal effect of evidence so gathered which was, admittedly, called for by investigatory practices for quite a long time,” Litvishko said.

The Russian A321 plane crashed in the Sinai desert on October 31 while flying from the resort city of Sharm el-Sheikh to St. Petersburg. All 224 people on board died in what has become the largest civil aviation disaster in Russian history. The Russian security services havsaid a terrorist attack was behind the crash.

The package of anti-terror laws signed into force by President Vladimir Putin in July  restricts the movement of those suspected in being engaged in terrorism or extremism and lowers the age threshold for terrorism-related crimes to 14 years. The package of laws, among other measures, obliges Russian telecommunications providers to store all users’ data for at least six months. The law comes into force in July 2018.