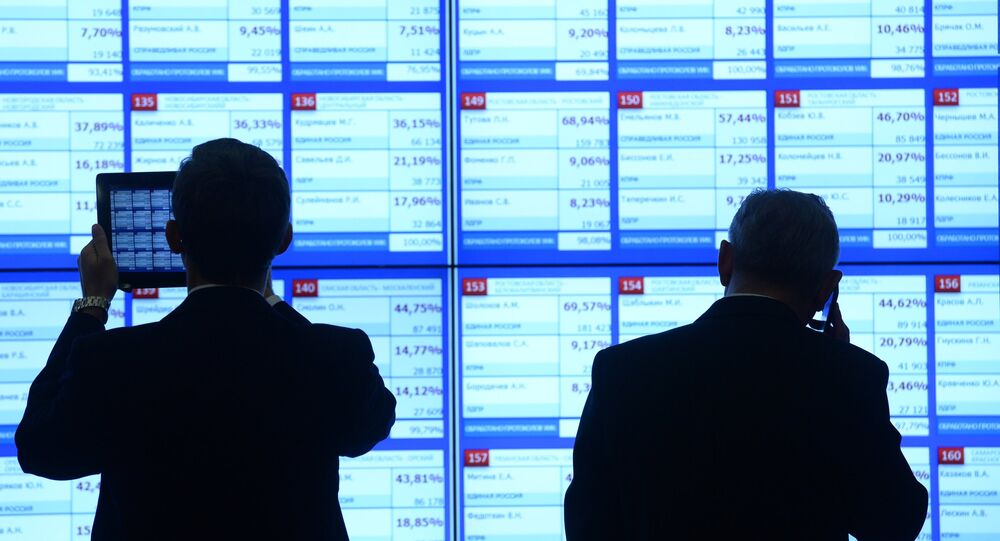 Russia has created everything necessary for international observers to work comfortably and productively in the course of the legislative elections, the head of the Commonwealth of Independent States (CIS) mission said Monday. The elections were open and competitive.

"I would like to say that in our opinion Russia has created all conditions for fruitful and comfortable work of international observers," Vladimir Garkun told reporters at the Central Election Commission headquarters.

Garkun maintained that his team has not experienced "any difficulties, constraints, we had access everywhere where we wanted to participate and be present."

The elections were open and competitive, and were organized in accordance with Russian electoral law, Garkun said.

“The elections of State Duma lawmakers of the seventh convocation conducted on September 18, 2016, were carried out in accordance with the country’s current electoral law. The Central election Commission ensured the legalization of the rights of citizens to free expression. The elections conformed to the principles of democratic elections, [they] were open and competitive,” Garkun told reporters.

He noted the "greater transparency and democratic nature" of the vote and the level playing field offered during the campaign.

Minor flaws and omissions recorded by the CIS observers could not have influenced the outcome of the vote, Garkun said.

"In their reports, the CIS observers noted some shortcomings and omissions that were not of mass character and could not affect the outcome of the vote."

Some 14,000 Voters in Latvia Take Part in Russia's Duma Elections