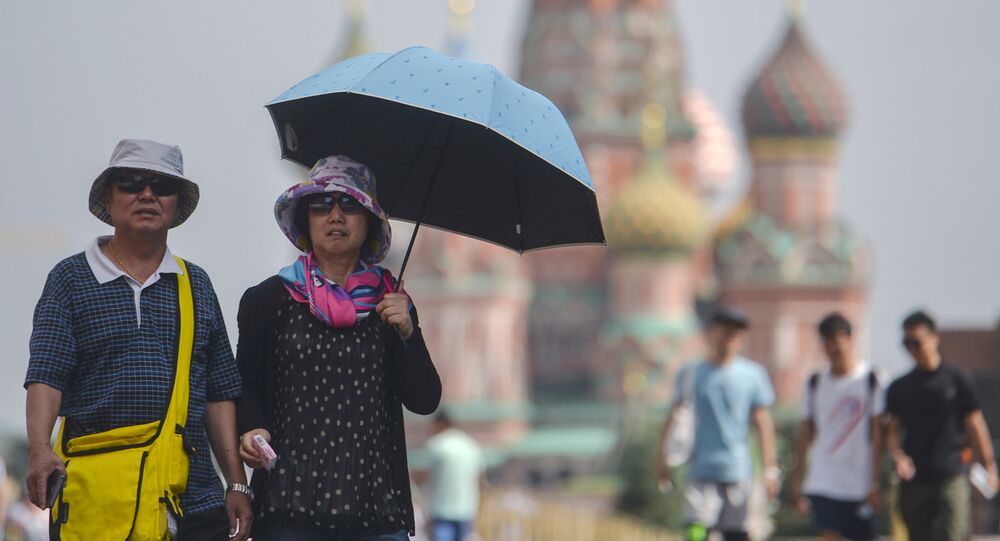 Foreign tourists became more frequent visitors to Russia. According to the latest statistics, in the first half of 2016, the number of foreigners that came to Russia for the purpose of tourism increased by 10% compared to the same period of 2015.

All in all, 12 million foreign tourists visited Russia last year, according to data from the Russian border control service. The biggest interest in Russia was shown by tourists from China (the number of tourists to Russia increased by 34%), South Korea (by 30%), France (by 20%), Italy (by 16%) and the United States (by 15%). Israel, Finland and the United Kingdom are also among the leaders.

An upturn in visits to Russia was seen by a majority of 25 key areas, with the exception of Spain, Japan, Brazil, Austria and Turkey, Press Secretary of the Russian Union of Travel Industry (RUTI) Irina Tyurina told RIA Novosti.

The main trend is the growing number of tourists from the markets of Asia and Middle Eastern countries that have previously shied away from Russia, such as Iran, India and South Korea. The European market is also gradually increasing with residents of Estonia, Switzerland, Latvia, France and Italy all eager to visit Russia.

© AFP 2020 / OLGA MALTSEVA
A picture taken on September 4, 2015 shows Chinese tourists as they have their photo taken in front of Church of the Savior on Blood " in central St. Petersburg. Drawn by its Communist past and a visa-free regime, Chinese tourists are flocking to Russia in droves as it develops new routes touting "red tourism"

The Most Attractive Cities

"St. Petersburg continues to be the leader. A little less tourists come to Moscow. And, of course, the cities of the Golden Ring of Russia attract the majority," said Tyurina, noting that this trend has not changed. According to her, Kazan started to gain popularity, but the foreign tourists' flow is not too large there.

Tour operators admit that one of the reasons for Russia's increasing attractiveness is the weakening of the national currency. The cheap ruble is, perhaps, the main incentive for foreign tourists.

The Demand Exceeds the Infrastructure Capacity

© RIA Novosti . Vladimir Kobzar
Tours in Russia: Volcano Hiking and Champagne Baths
The demand will grow further, the RUTI press secretary assured. However, the problem is that the travel infrastructure in Russia is underdeveloped: museums are working at full capacity, and there is not transport and hotel space. Both in St. Petersburg and in Moscow, the demand has exceeded the capacity of the infrastructure.

A large-scale reconstruction of the Moscow center has caused problems for tour operators who have had to reconsider numerous excursion programs.

No Need to Go Overseas

In addition, Russians have switched to vacations in their own country with domestic tourism becoming a trend in recent years. During the first half of the year the number of Russian tourists going abroad decreased by 28%. It was much affected by the closure of the most popular and affordable destinations for Russians: Turkey and Egypt.

Other coastal resorts have struggled to redirect the flow of Russian tourists, but very few have had any success. Impressive results were shown by Tunisia where the number of tourists from Russia has grown by as much as 600%. Jordan also managed to attract a part of this flow with a 554% surplus. Morocco, the Dominican Republic, Georgia and Thailand also took leading positions.