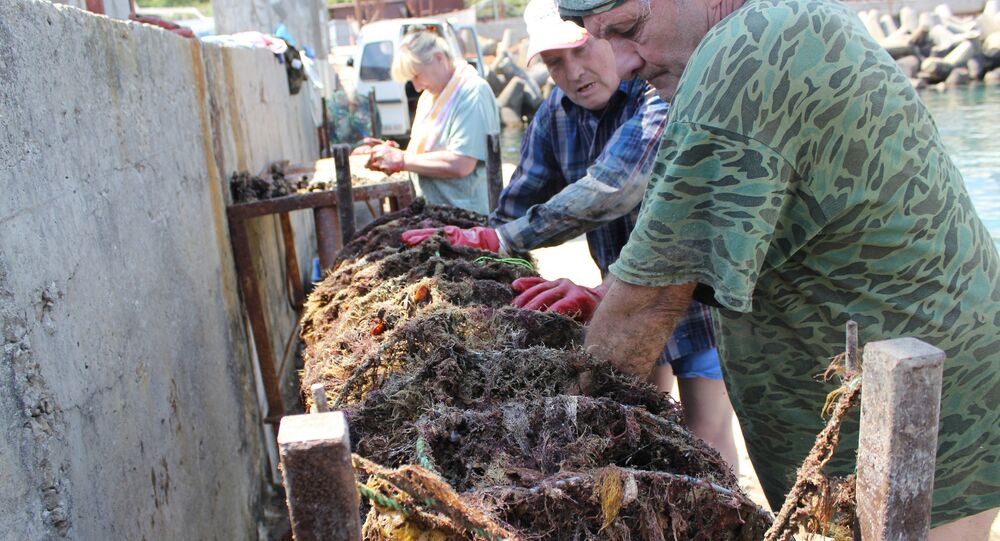 The farm will be located close to an existing mollusk farm at Donuzlav Bay, the deepest lake in Crimea which is located on the west of the peninsula.

"The French have to desalinate their sea water (at an oyster farm) but the water in the Black Sea has a lower salt content, just 18 parts per million (ppm), which is the necessary amount of salt that the French get artificially," he explained.

Dionisiy said that the farm aims to sell its produce in France, Spain and other European countries, recalling a time when the region was a major exporter of seafood.

"As soon as the farm is built we aim to produce real Crimean oysters. According to historical data, Crimea delivered tens of million of oysters to France before the revolution … after construction, our French partners are going to help us to create that unmistakable, delicious quality which the French have reached through years of practice."

"Our suppliers and partners in this business look very favorably on Russia, they are not involved in political processes which are currently going on in Europe and Russia. First of all, every company considers its own business development, and love and interest towards that business."

Crimean Seafood has made agreements with three French companies. One will carry out project-management, another will deliver the farming equipment and the third will work on the installation and water-filtering to ensure the right water quality. The first specialists will travel from France to Crimea next month, Dionisiy said.

© Sputnik / Sergey Malgavko
Fan of French Pinot Gris or Chardonnay? Better Try Crimean Wine and Be Surprised
"Regardless of the fact that this (oysters) is a very popular product in France, there not that many firms which concern themselves with the construction or organization of oyster farms. There are literally less than 20, while there are hundreds of oyster farms in France."

Bringing their business to Crimea, the French oyster producers are following in the footsteps of wine producers from Italy and France. In July a representative of French wine-maker Liber Pater Bordeaux visited Crimea and announced the company's intention to set up a joint venture there with Russia's Vinteks, which already produces wine in Krasnodarskiy Kray, RIA Novosti reported.