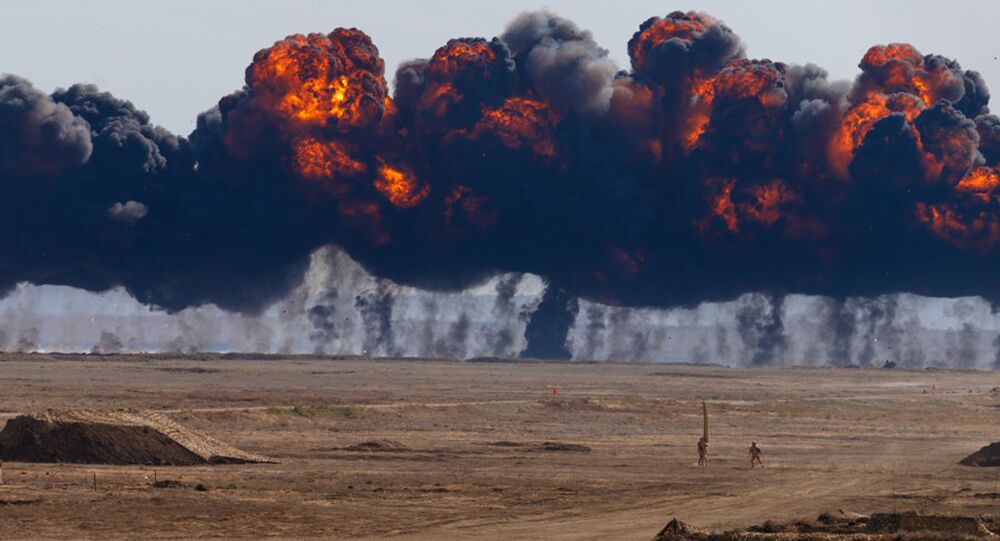 The massive Caucasus 2016 War Games that included the Black Sea Fleet and the Caspian Sea Flotilla included over 12,500 soldiers and featured the best of Russia’s military might.

On Monday, Russian military forces began a massive six-day war games exercise codenamed Caucasus 2016 including servicemen from the country’s naval, airborne and aerospace units conducted in the South of Russia in and around Crimea.

The military exercise served the purpose of "planning, preparation and conducting combat operations," but many defense analysts interpreted the show of military force to be a direct message to Ukraine and its Western allies regarding Russia’s control over the Crimean peninsula.

The exercise was conducted at the Opuk training range on the Black Sea Coast with drills involving warships, aircraft and tanks, with Moscow firing its S-300 and S-400 missile systems.

"On such a scale and with the deployment of different force groupings, such drills are being held for the first time," said defense ministry spokesman Igor Konashenkov highlighting the unprecedented nature of the massive show of Russian military force. "This training range is the biggest on the Crimean peninsula, which allows for such exercises to be held."

The drills were overseen by Russian Defense Minister Sergei Shoigu and the head of the General Staff Valery Gerasimov as well as Crimean leader Sergei Aksyonov.

"Strategic drills are essential to military training in Russia in 2016 with a focus on different troops working together. You should not twist this into anything – there’s no politics," explained Konvashenkov emphasizing that the drills should not be construed as a message to Russia’s neighbors despite the West’s rush to describe it as just that.

The war games come one month after President Vladimir Putin accused Ukraine of sending a group of saboteurs into Crimea to engage in terror strikes against Russian personnel adding to Western suspicions that Moscow wants to make its control over the peninsula clear.