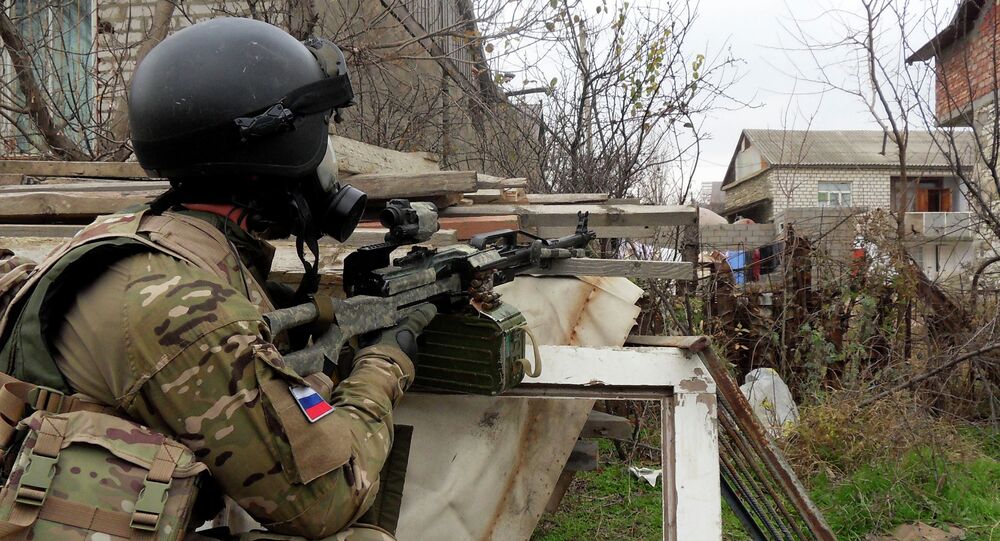 Three militants who had barricaded themselves inside a residential building in Makhachkala, the capital of Russia's Dagestan, have been killed, a law enforcement source told RIA Novosti on Wednesday.

© Sputnik / Konstantin Chalabov
Russian Republic of Dagestan Launches Counterterrorist Operation Within Capital
MAKHACHKALA (Russia) (Sputnik) — Three militants who were surrounded by police in a residential building in a district of Makhachkala, the capital of Russia's Dagestan republic, have been killed, a law enforcement source told RIA Novosti on Wednesday.

Earlier in the day, local authorities reported that the residential building in the Kirovsky district where militants were hiding had been surrounded.

"According to preliminary information, three militants were killed. As for now, the security forces are about to enter the building," the source said.

Prior to this incident, an anti-terrorist operation was introduced in Izberbash, a town in Dagestan, where the militants were reportedly involved in the murder of two police officers.