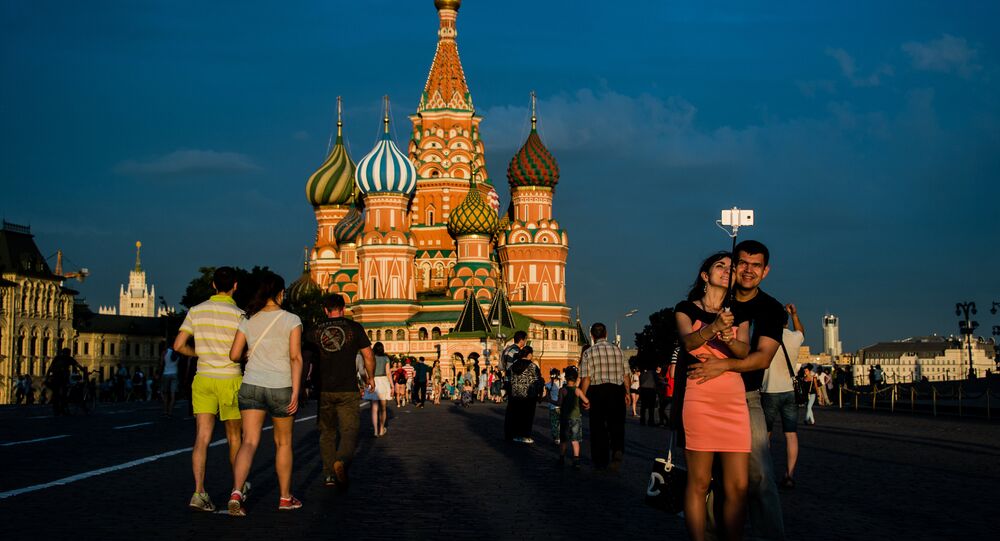 The number of foreign tourists visiting Russia is projected to reach 3.42 million this year, Russian newspaper Izvestiya reported on Tuesday.

"There has been a 14-18 percent increase in the number of international tourists visiting the country," Elena Lisenkova, general director of Hospitality Income Consulting, told the newspaper.

Lisenkova said that as well as St Petersburg, the cities of Yekaterinburg, Vladivostok, Khabarovsk and Moscow have proved popular with tourists.

According to Lisenkova, Asian visitors made a particular contribution to the tourism boom, including a 40 percent rise in the number of Chinese visitors to Russia. By the end of the year, Lisenkova's firm expects 250,000 Chinese tourists to visit Russia, while the Federal Agency for Tourism estimates a 30 percent rise in Chinese tourists this year.

He attributed the positive trend to the agency's Visit Russia project, which has recently opened 20 tourist offices overseas, in Europe and Asian countries such as the United Arab Emirates, Vietnam and Iran.

© Sputnik / Nina Zotina
Sochi holidays
The agency has also launched several tourist routes to help visitors get their bearings in areas including Sochi and the Altai Republic.

One of them is the "Silver Necklace," a project which seeks to create a route for visitors to historical cities in the northern Vologda region.

Lisenkova said that the Visit Russia investment will start to bear fruit in the medium term, while the China Friendly project to attract tourists from China has already made a large contribution to the increase.

"The strategic promotion of Russian tourism abroad, opening the Visit Russia offices hasn't yet made a large contribution to the number of tourists, but in the next 3-5 years we can expect some results in the form of increased number of tourists from countries where the offices have been opened."

© Sputnik / Nik Pavlov
Teletskoye lake in the Altai Mountains
"European countries have always been interested in Russia and its history. The most active tourists are from Germany, which leads tourism not only to Russia but to Italy, Spain, Greece and elsewhere."

According to Korneev, this year's largest increase in European tourists (20-25 percent) has come from Spain, followed by Italians (10 percent), and French (10 percent).

© Sputnik / Grigoriy Sisoev
Secrets of the Moscow Kremlin: What Was Hidden Centuries Ago? (PHOTO, VIDEO)
This year's increase continues the trend from 2015, when 2.93 million tourists visited Russia. According to the Russian Union of Tour Operators (RST), citing figures from Russia's Federal State Statistical Service, the most visitors came from China, followed by Germany and the US.

"That figure is 13.7 percent higher than last year (2014). The main stimulus is the cheap ruble – thanks to the fall in the exchange rate it has become much cheaper for foreigners to come here. Accordingly, this is the realization of pent-up demand and long-held interest in Russia. In addition, people are able to afford quality accommodation in Moscow and St Petersburg for less money," explained RST spokeswoman Irina Tyurina.

Lisenkova said that Russia's increasing number of hotels and tourist infrastructure will continue to support the rising numbers of tourists, who are generally keen to stay in large international hotel chains.

© Sputnik / Alexandr Kryazhev
A motorway in the Republic of Altai
"The rising number of international hotels across the whole country guarantees the quality of accommodation and services for international guests and gives them some assurance. The development of tourism in Moscow and St Petersburg, from navigation in two languages to signs in Chinese, and the development of security systems for tourists increase the attractiveness of the country for tourists," Lisenkova said.

On Tuesday the Moscow authorities launched "Discover Moscow," an online navigator for visitors to the city. The city's transport authorities are also in the process of translating the underground rail network for English speakers ahead of the 2018 FIFA World Cup.

First Russian Tourists May Fly to Egypt in October