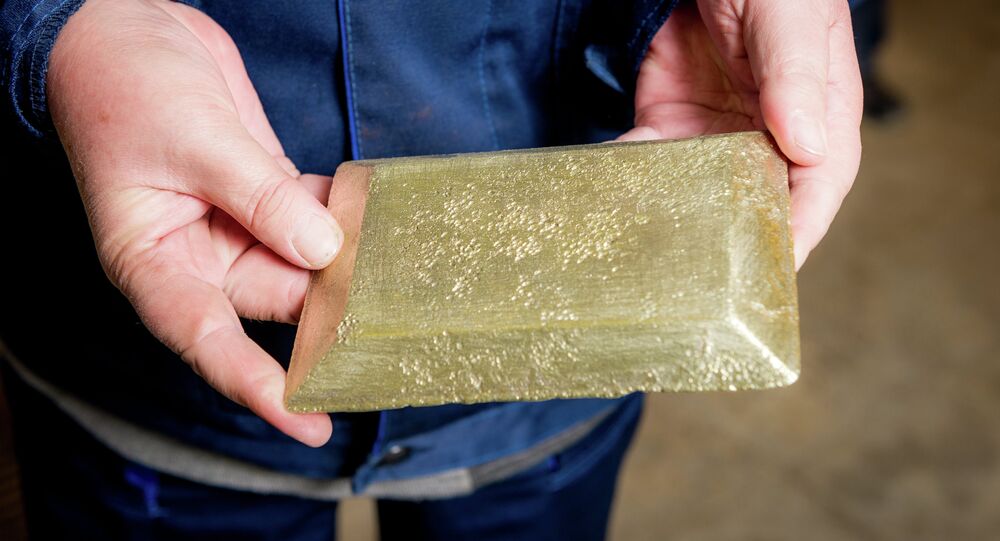 "There is already one preliminary agreement about a deposit which has proven reserves of about 100 (metric) tons of gold," Kashuba said.

Kashuba said that the rising price of gold makes the mines an attractive investment for Chinese investors such as Zijin Mining, China Gold, Zhaojin Mining Industry and Shandong Gold, who want to take advantage of the Chinese government's institution of its latest five-year plan for social and economic development.

"In China this year the 13th Chinese five-year plan began, funding has been allocated and now it's time to buy. As I see it, there will be two years of asset-buying, and in the third year they plan what to do, then in year four and five you have to produce the metal," Kashuba said.

The development of Russia's Far East is a priority for the Russian government, which established the Far East Development Fund in 2011. The fund aims to stimulate development with a flexible approach to structuring and financing projects, including tax breaks and less red tape.

"I know that three or four large companies traveled to the Eastern Economic Forum with the aim of finding out how these tax breaks work," said Kashuba, who expects Chinese investors to sign some contracts with their Russian counterparts during the Minex conference in Moscow next month.

© Sputnik / Alexander Alpatkin
Keep It Coming: China Looks to Russia to Supply its Gold Rush
Chinese investors are in a position to offer considerable expertise to Russia companies seeking to develop mining technology in hard-to-reach areas, since China is currently the world's leading gold producer, producing 450 metric tons in 2015. Australia was in second place with 270 tons, followed by Russia with 245 tons.

China became the world's largest gold market in 2013, accounting for around a third of global gold demand, and in July China's Ministry of Industry and Information Technology (MIIT) announced that the country's gold consumption is set to reach 1200 tons annually by 2020.

On September 5 gold futures contracts for December delivery were trading at $1,329 per troy ounce in New York, according to Bloomberg data. The precious metal has risen in value by 24 percent since the beginning of the year.