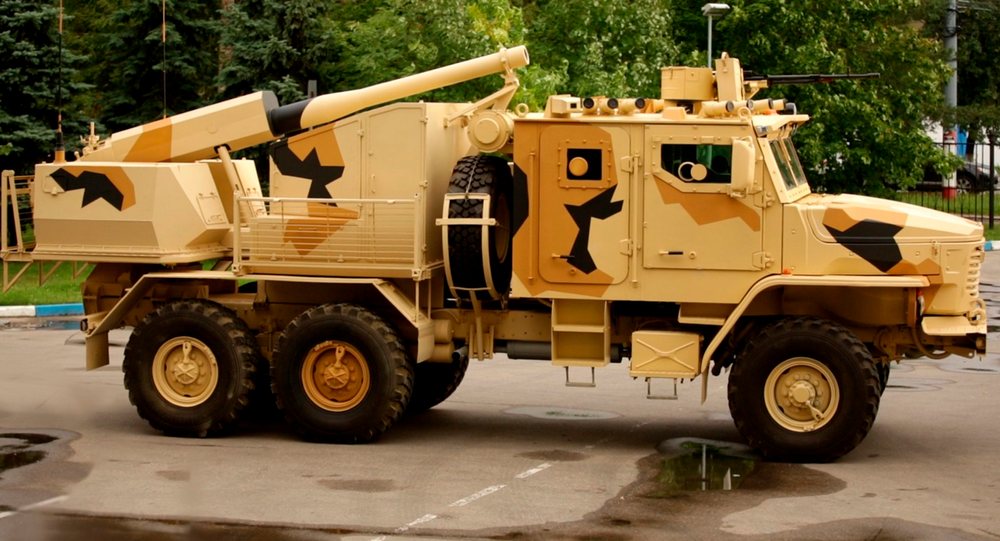 Spy photos. We sent Phlox… to the Army-2016 forum. Come and see it. The Uralvagonzavod corporation will present some 50 pieces of military equipment.

© Sputnik / Alexei Malgavko
Packing a Punch: A Self-Propelled Gun That’s Worth a Whole Battery
The Phlox 120mm self-propelled howitzer is just one of about fifty advanced weapons systems that will have their world premiere during the Army-2016 military technology forum outside Moscow.

Most of the new system’s features remain under wraps. What is known is that its 120mm cannon a long-range gun, a howitzer and a mortar all in one.

Mounted on updated version of the Ural-4320 truck with an armored cabin, it has an effective firing range of up to 10,000 m and a minimum range of just 100 meters.

It has an initial ammunition supply of more than 80 complete rounds.

The Phlox fires in automatic mode and its gun is capable of rotating 360 degrees to lock on to a target.

It features an remote-controlled 12.7 mm machinegun mounted on top of the truck and a Shtora-like electro-optical jammer that disrupts antitank guided missiles, laser rangefinders and target designators.