During a visit to the Zvezda Shipyard in the Primorye Territory, President of Russia Vladimir Putin spoke in favor of accelerating the construction of vessels primarily for domestic use, including for offshore mineral projects in the Russian Far East and Arctic regions and for developing the Northern Sea Route.

Putin congratulated the plant’s staff on the launch of the first production facilities at the Zvezda Shipyard. He said it is a major step towards the implementation of this project of landmark significance for the Russian Far East and the country as a whole.

“A large shipyard will be built in the Bolshoi Kamen Bay in the next few years to manufacture a variety of medium- and heavy-lift commercial vessels, primarily oil and gas tankers,” the president said. 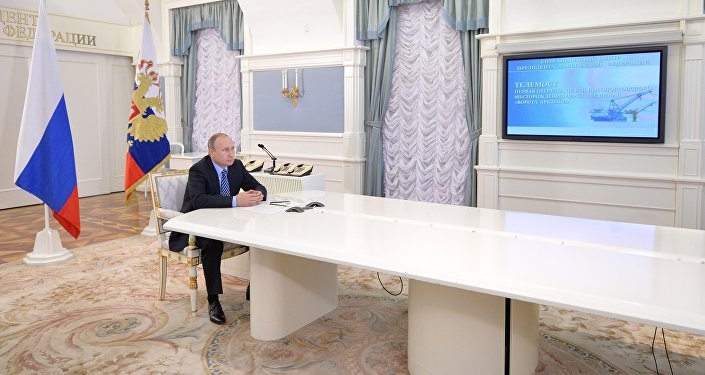 © Sputnik / Alexei Druzhinin
Putin Inaugurates First Oil Shipment Via Russia's New Arctic Gate Terminal
He said there is every reason to believe that the new facility will be up to or even better than Russia’s main international rivals in terms of labor productivity, or at least in many aspects of this indicator.

“Of course, we will primarily build vessels for domestic use, for offshore mineral projects in the Russian Far East and Arctic regions and for developing the Northern Sea Route as a global transport route. We know very well that not only Russia but also its neighbors have big plans for this route, which is the most efficient route for transporting cargo between Europe and Asia. Victory at tenders for commercial shipbuilding projects must go to Russian shipyards, such as Zvezda,” he said.

He expressed confidence that the shipbuilding companies in the Russian Far East will turn out competitive quality products and that the new shipyard will become successful.