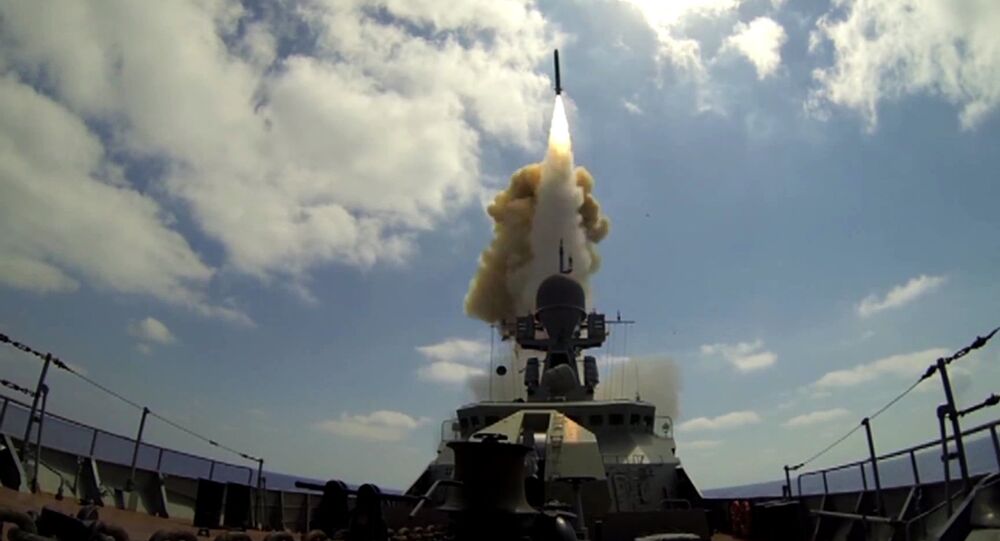 Mock-ups of Russian military hardware including Kalibr cruise missiles will be presented at the Army 2016 international military and technical forum, which kicks off outside Moscow in early September, according to RIA Novosti.

The Russian arms manufacturer Almaz-Antey will present a whole array of military hardware during the upcoming international military and technical forum Army-2016 in the Moscow Region.

These missiles were also used by Caspian Sea-based Russian Navy ships, which targeted the positions of the terrorist group Daesh in Syria last year and earlier in 2016.

The Army 2016 forum is due to be held in the Russian Defense Ministry's suburban park Patriot between September 6 and September 11.