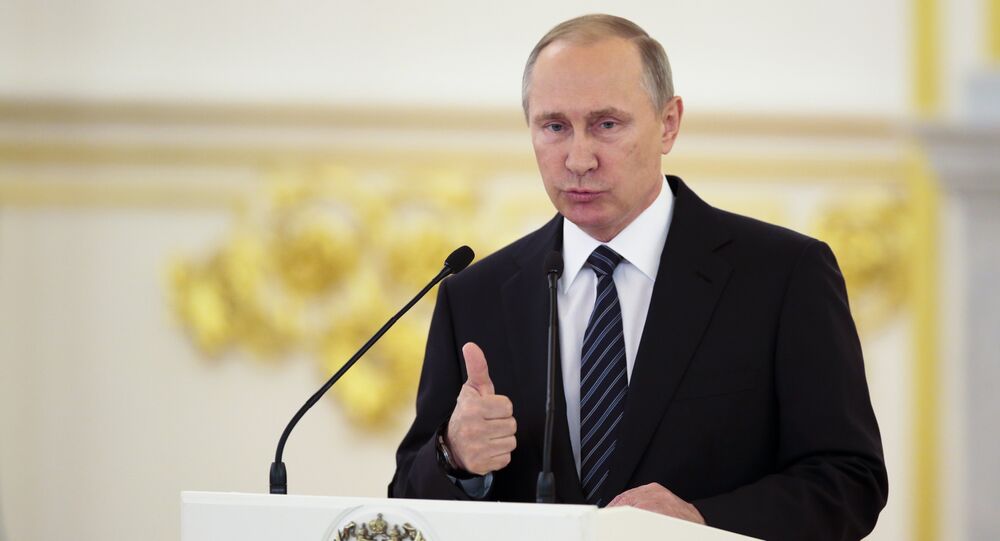 The Hungarian billionaire appeared to have a fascination with not just fostering but creating anti-Putin opposition forces inside of Russia in a bid to destabilize the country.

The recent DC Leaks document dump of over 2,500 documents from George Soros’ Open Society Foundations illustrates a disturbing trend by the billionaire of using his wealth and influence to sow chaos across the world in a bid to profit off of global suffering and impose neoliberal ideas on an international scale.

The leaks have already exposed Soros’ efforts to destabilize the European Union by promoting a policy of open borders and mass migration and fracturing Ukraine’s government by fomenting an illegal coup of a democratically elected government using neo-Nazi hardliners. Once dubbed the “puppet master” by the fanatical Glenn Beck, Soros has also been linked to both corruption in the United States and, according to some, positive social reform in his funding of the Black Lives Matter movement.

Yet the man who has brought regimes around the world to their knees has long wanted to bring Putin’s government crashing down, but has proven unsuccessful time and again. New memos from the DC Leaks file dump show that this failure to oust Putin wasn’t for lack of trying on the part of Soros.

In a November 2012 document titled “OSF [Open Society Foundation] Russia Strategic Planning Meeting Notes” a team of anti-Putin international experts sat down to discuss how to "identify joint priorities for OSF’s Russia activities in the coming year. How can we most effectively collaborate, considering the deteriorating political environment for our partners?"

Whereas that seems benign, the document minutes show that the meeting’s participants hoped that Medvedev’s years as president would provide "an opening" for the Open Society Foundations to influence and rattle the Russian government. A hope that disappeared when Putin returned to office.

"The Medvedev period allowed for a number of improvements and significant openings for NGOs… However, pressure has come back very quickly in the short time that Putin has been back in power."

The NGO operation became quickly distrusted in Russia following the botched "Maidan like" protests which were immediately dismantled before it could threaten the Russian government.

"The Russian protests deeply affected the life of NGO’s," read the minutes. The meeting explains that the government had attempted to encourage civil opposition by providing funds, "but by encouraging self-organization, they had opened up Pandora’s Box… the door was opened for self-mobilization."

The document proceeded to provide an extensive bullet point list of "what must be done" in order to destabilize Russia including working to flood the country with migrants and influencing the country’s media operations.

The memo was followed up with what was called "the Russia Project" which called for identifying and organizing opponents to Putin, advancing principles of globalism, and undermine Russia’s image in the lead up to the Sochi Winter Olympics.