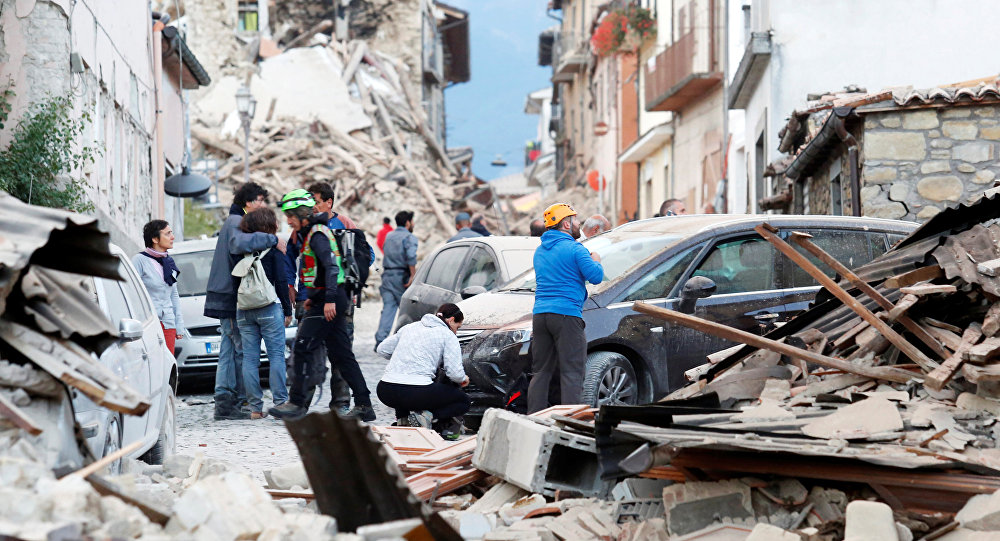 Italy Quake: ‘If Italians Had Built Like Japanese, No One Would Have Noticed'

With the death toll from Wednesday’s earthquake in Italy now approaching 300, Sputnik asked Alexander Lyubushin, a senior researcher at the Institute of Physics of the Earth in Moscow, if central Italy is seismically unstable.

© REUTERS / Stefano Rellandini
Central Italy Earthquake Claims 267 Lives
“It is, but, unlike in the Balkans and Greece, we haven’t seen any major earthquakes happening there. Southern Italy, Sicily, is a much more dangerous place, suffice it to mention the 1908 Messina earthquake, the biggest in Europe’s recorded history,” Alexander Lyubushin said.

Speaking about central Italy, he said that the problem there is that most of the houses in the small mountain towns there, built a century ago and even earlier, are unable to withstand a magnitude 6 quake.

“However, if the Italians had built like the Japanese do, no one would have noticed anything,” Alexander noted.

Italy has traditionally been a tourist Mecca, but the earthquakes there usually happen outside of the big cities, making local residents the main victims of underground eruptions.

But the impact of Wednesday’s quake could be felt also in the country’s main tourist attraction – Rome. When asked how safe Moscow was from a seismic point of view, Alexander Lyubushin said that because the city is sitting on a stable lithospheric plate, the chances of any earthquakes happening here are extremely low.

“There have been no earthquakes ever recorded here, even though minor tremors from faraway quakes can occasionally be felt, mainly from deep-core quakes in Romania. In 2013 Muscovites could feel the impact of such a faraway quake that occurred about 600 kilometers under the Sea of Okhotsk. It had a magnitude of 8.3 on the Richter scale and had it come close to the surface in a big city, the death toll would have been immense.”

Even though predicting earthquakes is almost a mission impossible, Alexander Lyubushin believes that the Japanese will make every effort to minimize the consequences of a possible “big one” and are keeping a close eye on the seismically unstable Nankai submarine trough and the Japan Trench.

“The Japanese have a national program to minimize the effects of a possible earthquake near Tokyo, which could kill an estimated 300,000 people.

And still, we have a lot to learn from them where it comes to building quake-resistant buildings and ensure the safety of their citizens,” Alexander Lyubashin said.

On Wednesday, a 6.0-magnitude quake shook the central Italian Umbria region, causing damage across numerous towns in several provinces and resulting in the death of almost 300 people. The earthquake was followed by multiple aftershocks.