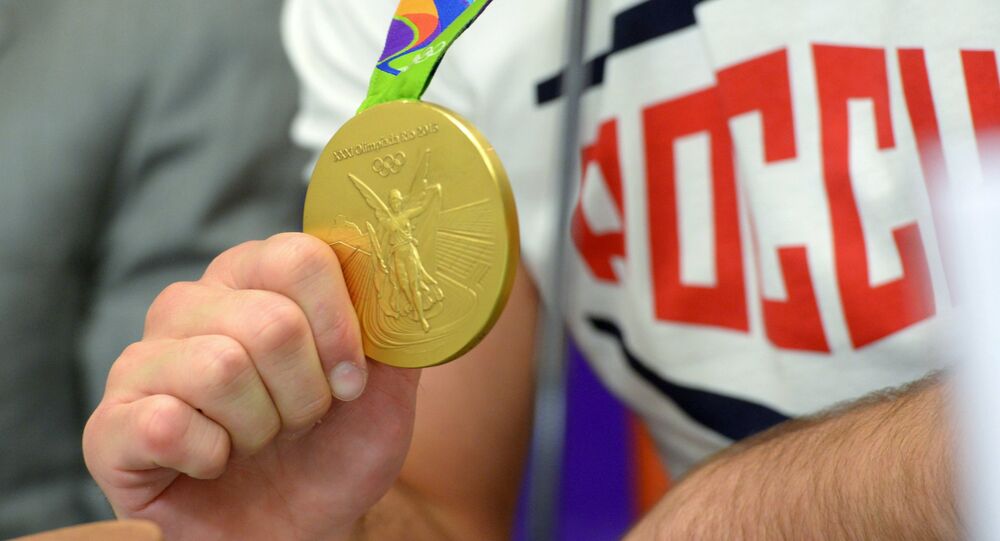 © AP Photo / Ivan Sekretarev
Russia Cannot Accept Accusations of Russian Athletes Without Proof - Putin (VIDEO)
MOSCOW (Sputnik) – Russian weightlifters and all but one track and field athletes have been banned from taking part in the Rio Olympics that wrapped up this Sunday.

"Various forces are trying to bring politics into sport, in the spirit of the cold War. Those who are older remember this well, when sport is used for this purpose,” Medvedev said at a ceremony awarding Russian medalists in the Kremlin.

"Nothing good came of it neither for the sport, nor for the people. Instead of uniting, there is political discrimination on grounds of belonging to one country. We believe it is a crime against the sport and it undermines the foundations of the Olympic movement," Medvedev said.

Russian Olympic athletes proved that their victories have nothing to do with accusations of doping, Medvedev said.

“You have proved to the world that our victories in sports have nothing to do with doping or other sins tacked on to us periodically. You have achieved very convincing results and defeated your rivals in an honest and beautiful battle,” Medvedev said.

Russian athletes will earn their country even more medals at the 2020 Olympics in Tokyo, Dmitry Medvedev said.