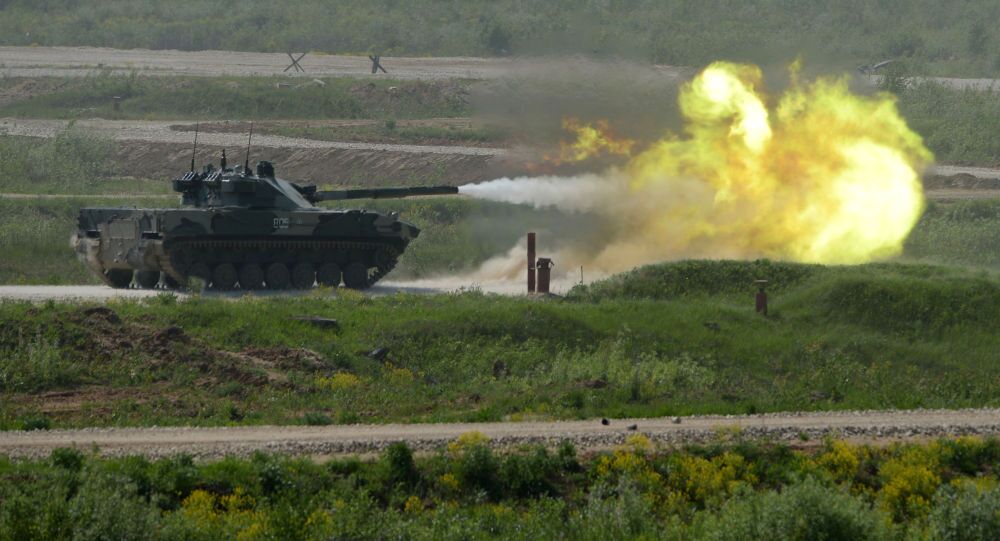 Armed with a newly developed guided missile system, Russia’s Sprut-SDM1 self-propelled gun for the Russian Airborne Forces will be able to destroy tanks, helicopters and drones, the newspaper Izvestia wrote.

What makes the Sprut-SDM1 stand out from its existing analogues is its all0-new missile system capable of destroying a battle tank with dynamic protection in the form of explosive containers strapped to its armor.

The Sprut’s upgraded missile, based on the Invar-M guided antitank missile, is fired from the 125mm smoothbore gun with increased accuracy. It has a maximum range of 5,000  m at a speed of 350 m/sec).

The missile has a tandem warhead, with a dual application in combat: it first penetrates armor up to 900 mm thick, and then ensures detonation of the warhead.

“Modern gauges ensure wind and movement adjustments. Besides, the commander now has at his disposal an additional machinegun to fire at upper floors of buildings, hills and low-flying helicopters,” the TWC representative said.

Mechanics-wise, the upgraded Sprut-SDM1 is similar to the all-new BDM-4 amphibious infantry fighting vehicle, boasting a more powerful engine all adding to the unit’s mobility, including across rugged terrain.

“The use of modernized Invar-M missiles ensures an effective range of fire, which is more than twice as big as any other modern tank can boast. Tank guns normally have a range of 2,000 meters, while a guided antitank missile flies to 5,000,” a Moscow-based armored warfare expert Viktor Murakhovsky told the newspaper.

“This allows the Sprut-SDM1 to win the battle without entering the firing range of enemy tanks. Besides, our Airborne Forces now have an airmobile tank that enables them to wage highly-maneuverable battles in the enemy’s rear,” he added.