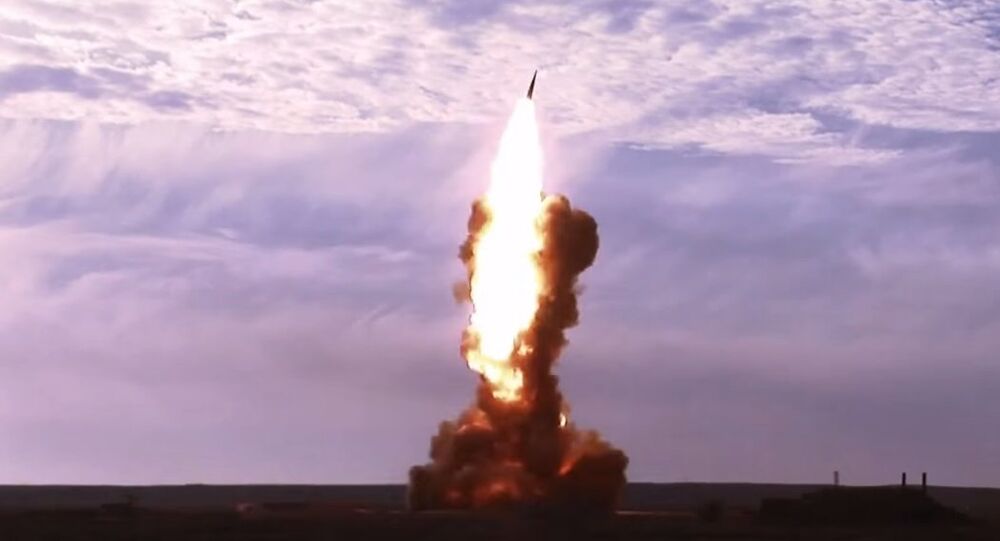 An advanced long-range missile interceptor is due to be put into service with the Russian Aerospace Forces in the near future, according to the Forces' Deputy Commander-in-Chief Viktor Gumenny.

© Sputnik / Mikhail Voskresenskiy
Russian Army to Receive Pantsir-SA Systems Designed for Arctic in 2016
In an interview with the news website Life.ru, Russian Aerospace Forces Deputy Commander-in-Chief Viktor Gumenny did not rule out that a new long-range missile interceptor would enter service with the Forces in the immediate future.

He said that right now, more efforts are being made to create such a missile.

"The creation of the long-range missile interceptor will help the Aerospace Forces to duly fulfil any task set by the Supreme Commander-in-Chief of the Russian Armed Forces," Gumenny said.

He added that also adding to the Aerospace Forces' defense capability will be a range of sophisticated anti-aircraft systems, including the Pantsyr-SM, Pantsyr-SA, Pantsyr-S and Pantsyr-S2 artillery units.

The Russian newspaper Vzglyad recalled that on July 27, a report by the scientific development and production center Almaz made it known that the Defense Ministry had decided to develop two new anti-aircraft missile systems (AAMS) — medium and long-range, on the basis of the S-400 Triumf  missile system.

On April 15, the chief of air defense, Russian Aerospace Forces Deputy Commander-in-Chief Viktor Gumenny said that Russian troops expect the appearance of the first sets of S-500 anti-aircraft missile systems (AAMS) in the near future, according to Vzglyad.

The S-500 Prometey, also known as 55R6M Triumfator-M, is a cutting-edge anti-aircraft and anti-ballistic missile system currently under development in Russia. It is designed to replace the S-300 and the S-400 systems.

Developed by Almaz Antey, the S-500 is said to have a range of 600 kilometers (more than 370 miles). The system can simultaneously intercept up to ten ballistic and hypersonic missiles moving at a speed of 7 kilometers per second.

© Sputnik / Dmitriy Vinogradov
This is Why Russia's S-500 Air Defense System Makes Pentagon Nervous
The Prometey is capable of engaging targets at an altitude of up to 200 kilometers (more than 120 miles).

The S-500 will be a major upgrade to the state-of-the-art S-400 unit that is already in service. It "will form the upper tier of Russia's layered integrated air defense system," according to defense expert Dave Majumdar, writing for the US magazine National Interest.