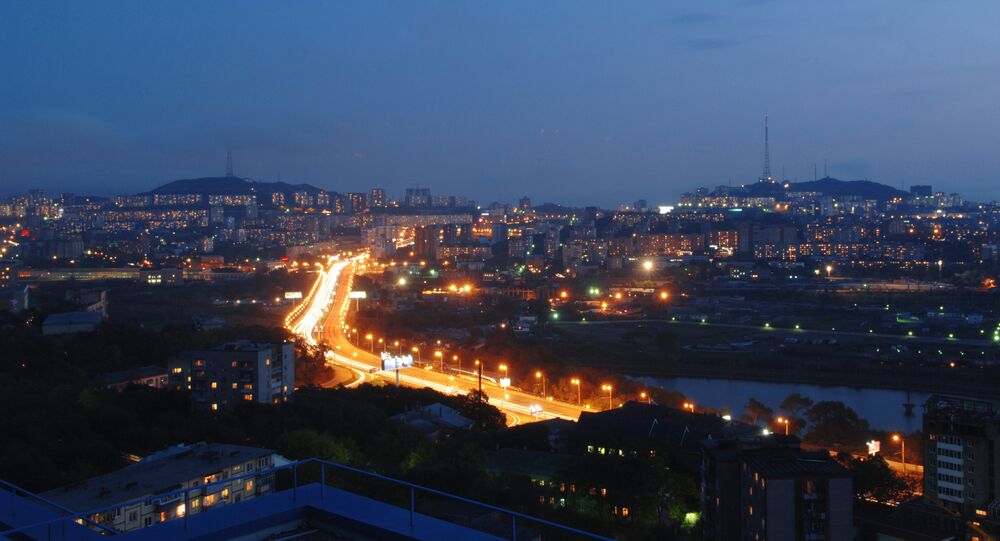 Russia can be seen not only from its touristic "façade:" Moscow with its Red Square and the Kremlin, St. Petersburg with its palaces, but in an entirely different perspective. Why not pet a wild animal in Vladivostok’s marine reserve, watch bears catch fish, take a walk on Kamchatka’s volcano, or bathe in champagne in Krasnodar region!

© Sputnik / Nik Pavlov
Novosibirsk: Where Big Isn’t Enough
On September 2, Vladivostok will host the Eastern Economic Forum, which will be attended by President Vladimir Putin and Japanese Prime Minister Abe. The forum members will hold a lot of meetings, discussions, roundtable discussions and press conferences. And in the evenings, they will be offered an extensive cultural program.

There is a lot to see in Vladivostok: the Maritime scene of the Mariinsky Theatre; Zolotoy Rog Bay; the Russky Bridge, the masterpiece of engineering; Russky Island and hypermodern campus of the Far Eastern University, where the forum will take place.

Forbes considered Vladivostok one of the most comfortable Russian cities for recreation. National Geographic included it in the top 10 most beautiful coastal cities of the world. From the Peter the Great Gulf even distant islands are visible, some of which are located in the Far Eastern Marine Reserve, the first marine reserve in Russia and the only one, 98% of which is the water area. More than 5,000 species of plant and animal live there.

© Photo : Pixabay
From Moscow With Love: Renowned Travel Journalist on Russia’s Great Capitals
These cherished places can not only be seen from a distance — you can go there and even touch some marine creatures. From an environmental standpoint, the reserve has a global significance, because rare birds live there, which are included in the Red List of Korea, China, Japan and the International Union for the Conservation of Nature. For those who prefer active holidays, Vladivostok provides plenty of opportunities: windsurfing and kite surfing, diving, sea kayaking and extreme jumping from the cliffs into the sea.

Kamchatka is a true paradise for tourists. Here you can walk along the slope of an active volcano; watch bears catching fish; take a swim and take selfies with the geysers in the background. There are also waterfalls and glaciers there.

© Photo : Massandra Winery Press Service
In Vino Veritas: Famous Crimean Wine to Appear on Chinese Store Shelves
Or you can go on wine tours in the south of Russia. This is a new direction in Russian tourism; however, Spanish and French travel companies are already starting to feel the tough competition. Tours of the famous "Abrau-Durso" factory where the eponymous champagne is made are in special demand. You can even bathe in champagne, according to the beauty recipe of the Egyptian Queen Cleopatra. At the moment, 150 tourist routes on 274 objects of wine tourism are functioning in Russian Krasnodar region.

"During 2015, wine cellars alone were visited by 169,000 people," deputy director of the Center of wine tourism of Krasnodar Region Marina Strukova told Sputnik.

"Tourists are led through the underground storages of wine, told about the refinements of the wine bouquet, about the production methods; they learn how to choose wine and champagne correctly, and attend the restaurants at the factories."

The principles of wine tourism are very simple, Marina Strukova explained: "You have to try wines in the places of their production to tie firmly in your memory the bouquet and taste of the drink with the history and sights of these areas."

"Our region's potential is very high: in addition to vineyards and wine production, there are over thousands of unique objects in Krasnodar region, such as dolmens, waterfalls, archaeological sites and mud volcanoes. In addition to winery excursions, we offer horse riding, boat trips and spa-tours," Marina Strukova said.

Such unusual tours are able to convince everyone that Russia is a very dynamic and versatile country.

Russia's Kamchatka, the Land of Fire and Ice