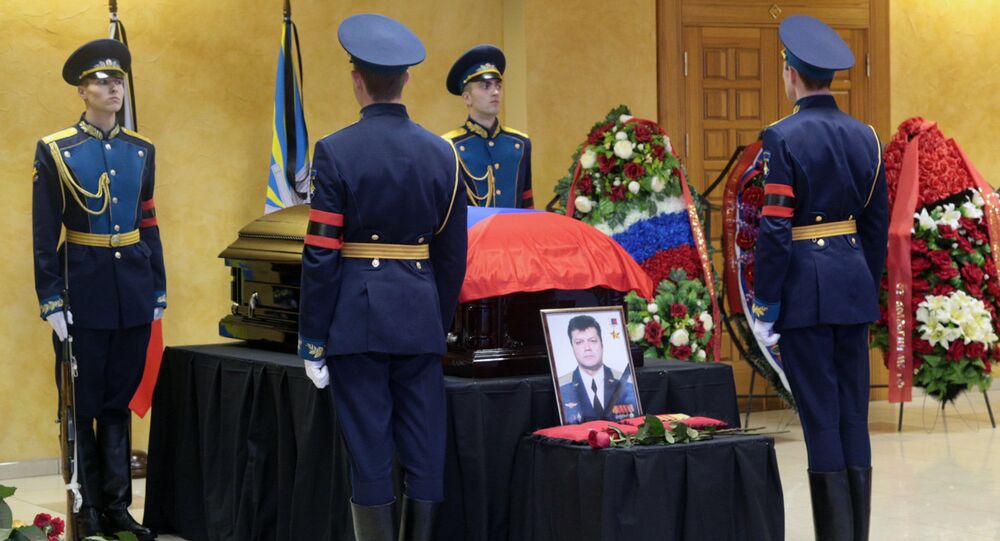 A Sukhoi Su-34 bomber has been named after Lieutenant-Colonel Oleg Peshkov, the Russian pilot who was killed by militants in Syria after his aircraft was shot down by a Turkish fighter jet in November 2015, RIA Novosti reported citing the Lipetsk city administration’s internet portal.

“I see this as a sign of respect for a real man, a patriot who loved his Motherland and honestly fulfilled his duty as a military man and a citizen,” said Oleg Peshkov’s onetime commander Colonel Yuri Gritsaenko,  who will be piloting the newly dedicated Su-34.

On Thursday Oleg Peshkov’s widow was handed her late husband’s award weapon and the Order of Dedication posthumously bestowed upon him by the Syrian government.

© Sputnik / Grigory Sysoyev
Russian Su-34 Jets Deployed in Iran Conduct Strikes Against Daesh in Syria's Deir ez-Zor (VIDEO)
On November 24 a Su-24 bomber on an antiterrorist mission in Syria was shot down by a Turkish F-16 fighter jet.

Both pilots managed to bail out but the plane’s commander, Oleg Peshkov, was killed from the ground by militants as he descended on a parachute.

Navigator Konstantin Murakhtin survived the descent and was later saved by a rescue team.

Oleg Peshkov was posthumously awarded the Gold Star of Hero of the Russian Federation.