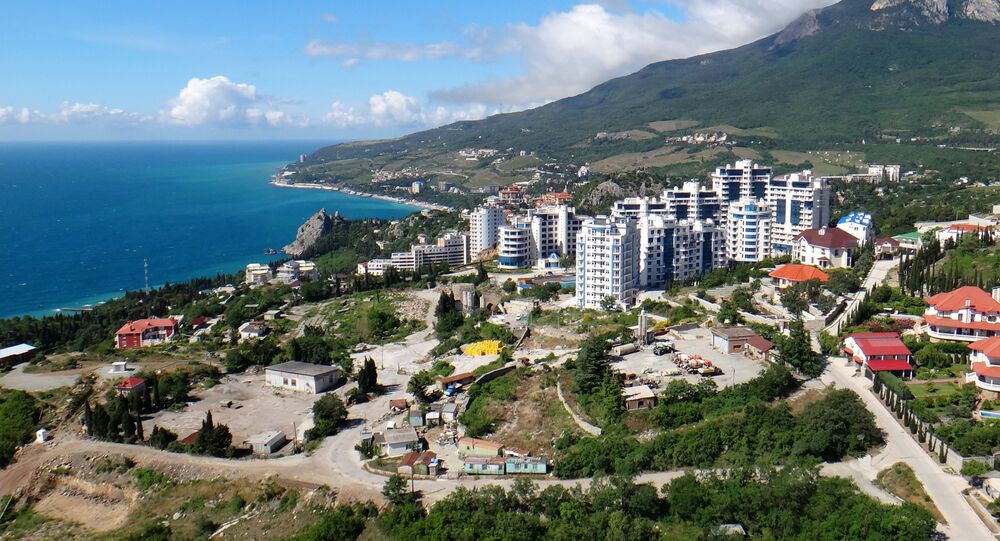 European companies are trading with Crimea in defiance of sanctions and European-flagged ships keep coming to the ports of the Black Sea peninsula, RIA Novosti reported citing a report released by the Organized Crime and Corruption Reporting Project (OCCRP).

© Sputnik / Sergey Malgavko
Crimea Calls on EU to Stop Violating Helsinki Accords Ensuring Free Movement
According to the report, 24 ships sailing under European flags, 43 vessels registered in the EU and 22 ships owned by EU beneficiaries have called at the Crimean ports during the past 24 months.

Companies resort to various tricks to circumvent sanctions flying foreign flags on their ships, outsourcing firms and simply switching off the ships’ positioning system after their arrival at a Russian port, the OCCRP reported.

In July 2014 a ship belonging to German company Krey Schiffahrts GmbH cast anchor at the eastern Crimean port city of Kerch.
Responding to a request from the OCCRP, the company said it had faced  “huge problems” because of their vessel’s visit to Crimea.

According to a former employee of the Turkish Palmali group of companies, ships often change their flags when approaching Crimean shores. First, they use the Ukrainian flag, but after  passing the Kerch Strait, they fly a Russian one.

The Organized Crime and Corruption Reporting Project (OCCRP), founded in 2006, is a consortium of investigative centers, media and journalists specializing in organized crime and corruption. It is primarily funded by the US Agency for International Development and the United Nations Democracy Fund.

Crimea rejoined Russia after more than 95 percent of its residents supported the move in a referendum held on March 16, 2014.

Shortly after, the European Union ended much of its exports to Crimea and completely banned investment in its economy.