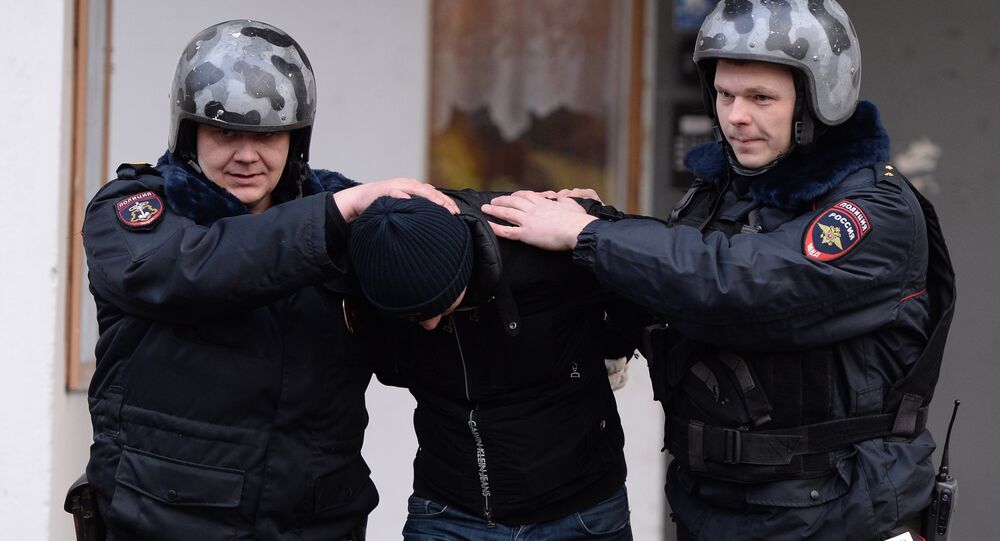 Russian police arrested a Daesh supporter in the city of Samara who had been plotting a terrorist attack.

SAMARA (Sputnik) — Police in the Russian city of Samara arrested a supporter of the Daesh terrorist organization, who was preparing an attack in the country, a source in regional law enforcement agency told RIA Novosti Thursday.

"On August 18, an organizer of a terrorist attack, a native of one of the Central Asian republics, born in 1982, was arrested in a special operation in the framework of the criminal case on preparing sabotage and terrorist acts on the territory of the Volga Federal District, by the FSB [Federal Security Service] and the Russian Interior Ministry officers in the Leninsky district of Samara," the source said.

© Sputnik / Igor Zarembo
Russia's FSB Stamps Out Online Extremist Group Recruiting Militants for Daesh
Five TNT blocks weighing 1.8 kg (3.97 lb), the Kalashnikov assault rifle with ammunition, a manual on mine explosions with a scheme on manufacturing an explosive device, as well as extremist literature and a pledge of alliance to the Daesh leader belonging to the detainee were seized by the police, the source added.

Daesh is a terrorist group outlawed in many countries including Russia.