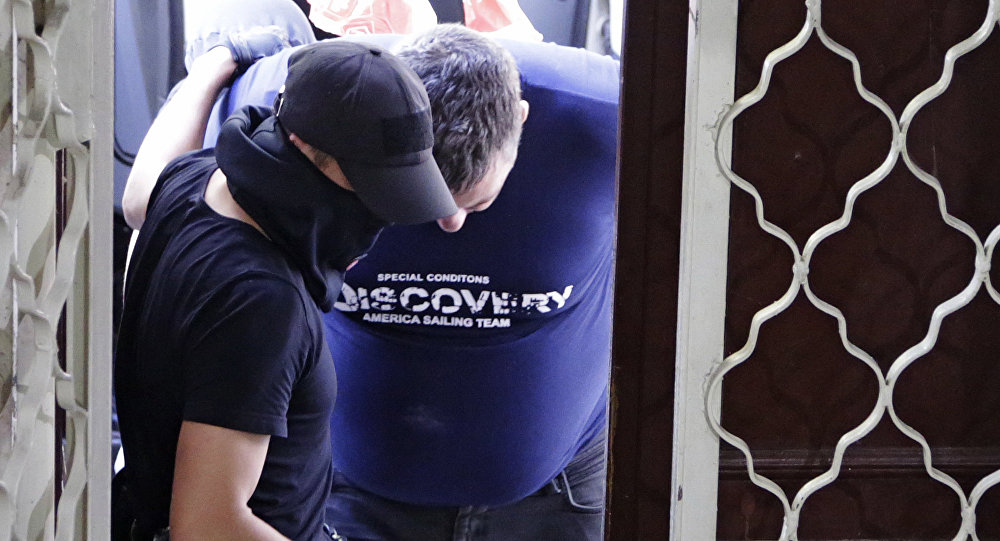 The sabotage group that plotted attacks in Crimea, dismantled by the Russian security forces, was backed up by Ukrainian Navy officers at the naval base in Ochakiv, a source in Crimean law enforcement told RIA Novosti on Thursday.

SIMFEROPOL (Sputnik) — According to the source, on August 7-9, a group of officers from the central headquarters of the Ukrainian Navy arrived in Ochakiv.

"Officers of the navy base mentioned, in private conversations, that the group had arrived to back up and evacuate the sabotage group of the Ukrainian Defense Ministry's Chief Directorate of Intelligence, which was blocked in Crimea," the source added.

© Sputnik /
Putin: Foiled Attack in Crimea Worrying, Kiev Resorts to Terror Instead of Ukraine Settlement
On August 10, Russia's Federal Security Service (FSB) said that it had dismantled a spy ring organized by the Ukrainian Defense Ministry in Crimea, which was preparing acts of sabotage on "critical and life-supporting elements of the peninsula's infrastructure."

Crimea reunified with Russia after almost 97 percent of those who voted in a local referendum on the issue in 2014 supported the move. Ukraine did not recognize the outcome of the referendum and accused Russia of annexing the peninsula.