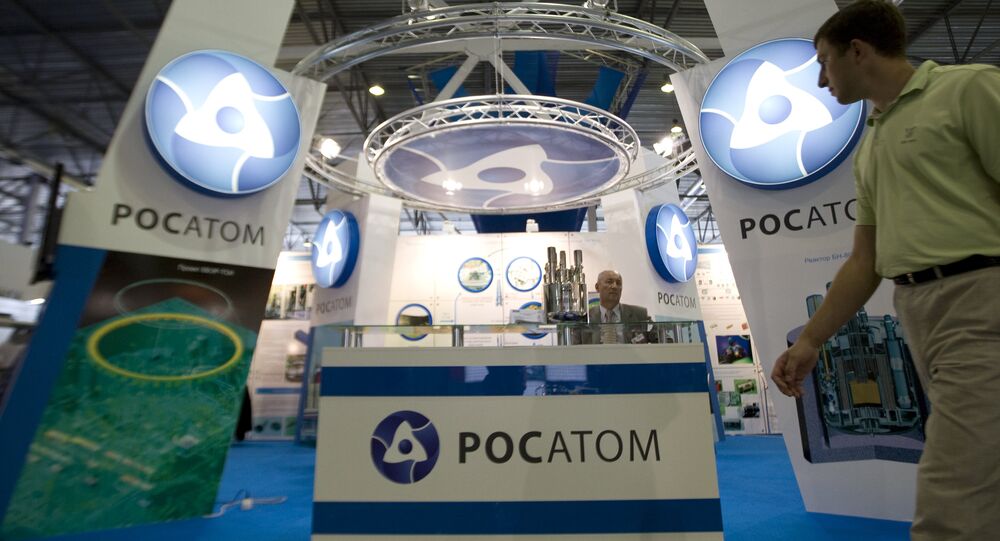 Rosatom intends to develop the most cost-effective nuclear power plant (NPP) in the world by 2027, according to the corporation's roadmap of innovative development until 2030 published on Wednesday.

Twitter
Russia's Rosatom Plans to Test Innovative Energy-Efficient Nuclear Fuel
Russian state company Rosatom is actively working to improve the competitiveness of its nuclear projects proposed for construction abroad in order to fix its leadership in the global market.

As noted in the roadmap, one of Rosatom's long-term objectives is to "ensure the creation of a nuclear power plant that will exceed projects of the foreign competitors by economic parameters."

The term energy efficiency refers to the value of the produced kilowatt-hour of electricity. "Nuclear experts are always proud of the fact that the cost of nuclear power generation is lower than in any other type of generation," Head of the Russia's National Energy Security Fund is Konstantin Simonov told online media. "However, the main problem and the hidden cost of nuclear power generation are enclosed in the forthcoming disposal of NPP."

© Photo : Fennovoima
Rosatom’s Subsidiary, French Firm Sign Supply Contract for NPP in Finland
The truth is that no one in the world knows how much it would cost to decommission the NPP, because none of the existing ones have worn out yet. Nuclear energy is still in its early stages.

In Russia, the first such experience is likely to be accumulated at the Leningrad NPP, which is the oldest in the country — it has been in operation since 1973. Perhaps its dismantling will serve as the basis for calculating the efficiency of the new "energy-saving" station which Rosatom is aiming to develop.