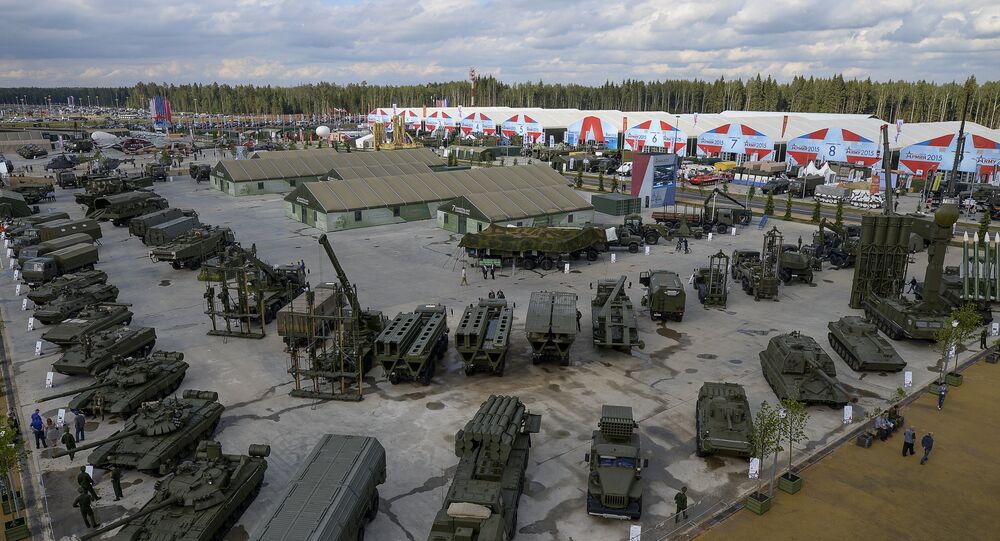 Visitors to the Army-2016 military technology forum, which opens next month outside Moscow, will be welcomed to buy a selection of surplus army trucks and accommodation modules, the Defense Ministry said in a press release on Monday.

© Wikipedia / Vitaly V. Kuzmin
New Russia's Armata Tank Control System to Be Unveiled at Army-2016 Expo
Dozens of army trucks and other movables not needed by the armed forces will go under the hammer during more than a hundred open auctions to be held on the premises of Patriot Park in Kubinka, a western suburb of Moscow, during the high-profile forum.

A wide selection of ZIL-131 army trucks, field ambulances, Volga and Lada cars, snow blowers, railway cars, mobile kitchens, water heaters and other useful things will be up for grabs by potential buyers.

© Sputnik
An army truck ZIL-131 manufactured at the Moscow Automobile Plant named after I. Likhachev.

Responding to numerous requests, the organizers will also roll out over 200 unified airtight containers earlier used as accommodation modules by field units.

© Sputnik / Yevgeny Biyatov
New Arctic Airborne Equipment to Be Presented at Army-2016 Expo - Airborne Troops Commander
During the Army-2016 military expo to be held September 6-11 on the premises of the Patriot Congress and Exhibition Center, along with the Alabino testing range and Kubinka airfield outside Moscow, visitors will be able to observe and inspect cutting-edge military hardware that is so far only available in Russia.

Top Russian defense contractors will present their finest merchandise to prospective buyers from all over the world.

The forum will be attended by military delegations from virtually every corner of the world, including members of the Collective Security Treaty Organization, Shanghai Cooperation Organization, BRICS, along with a host of Asian, Middle Eastern, European, African and American nations.

The participants will engage in a variety of events, including round-table panels, conferences and briefings.