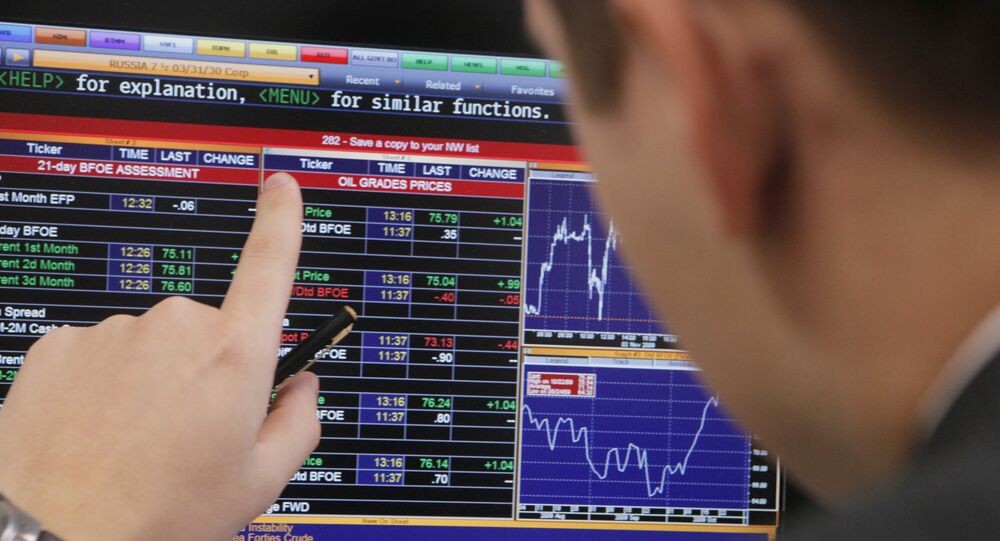 Bloomberg economists believe that Russian economy is on its way to emerge from its worst recession in two decades. Rising volumes of energy consumption and cargo transportation are signals to steady recovery, experts say.

The country's GDP in the second quarter of the current year will contract the least since the beginning of 2015, when the economy slipped into recession, say experts surveyed by Bloomberg. The expected GDP drop is likely to be only 0.8 percent from a year earlier.

According to Vladimir Sklyar and Anastasia Tikhonova of Renaissance Capital, "A fundamental infrastructure sector such as electricity offers a good reference point for the economic health of a country overall."

The experts note an upsurge in orders in the sector this year, adding that significant payments take a long-term positive view on economic trends. This means that Russia's economic players are more confident than a year ago, the experts say.

Annual profit in electricity demand is rising steadily, from only 0.4 per cent growth in May to 1.8 per cent in July.

Another key point is cargo and container transportation. The analysts say that rail cargo volumes increased by 1.8 per cent since January 1st, compared to last year's numbers. Building supplies shipments, in the meantime, display a rise of 19 per cent.

Russian currency displayed a growth of 4.8 per cent against the dollar during the last quarter, with its volatility declined to its lowest in two years. The demand for ruble bonds exceeded supply at an auction on Wednesday. Interestingly, Russian ruble is best performing emerging market currency after Brazilian real.

Analysts at Uralsib believe that this moderate recovery will extend into the second half.

According to Alexey Devyatov and Olga Sterina  of Uralsib, "The recovery remains fragile due to downside risks associated with the oil price, sluggish growth in the US, Brexit and the risk of economic crisis in China."

The Russian central bank is reportedly expecting the GDP to display growth by 0.4 per cent compared to last three months, without any shocks projected.

Biden's Confusing Advice: US Should Work With and Against Russia Simultaneously