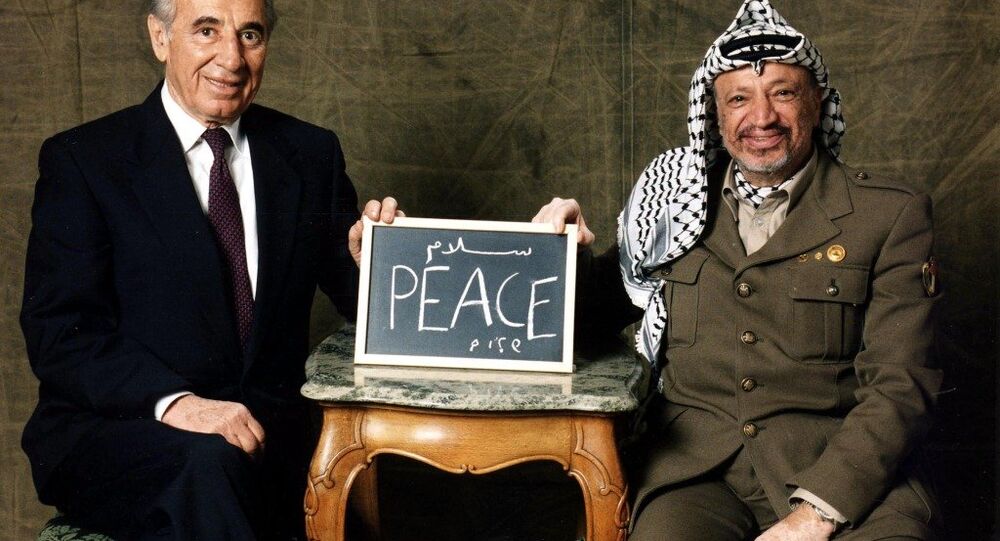 Former Israeli PM Shimon Peres: Putin is Not the Enemy of the US, Europe

The Nobel Prize recipient and former Israeli leader reflected positively on his meetings with Russian President Vladimir Putin who he believes wants to be part of Europe and work alongside the United States in tackling the crisis in Syria.

Former Israeli Prime Minister Shimon Peres scoffed at the notion that Russian President Vladimir Putin is a threat to Europe in an interview with RT suggesting instead that Russia is no enemy to Europe and can work successfully with the United States to make headway towards solving the Syrian crisis. Peres also endorsed Putin’s concerns regarding the Middle East peace process and tackling extremism across Europe.

“I understood that actually, that Putin has in his heart, a wish not to fight Europe, but to be a part of Europe,” Peres, the former Israeli President and Prime Minister said referring to an outbreak of tensions between Russia and the European Union in the wake of aggressive NATO posturing forged forward at the behest of the United States and with the acquiescence of several Eastern European countries.

Peres also believes that an opportunity exists for Moscow and Washington to bury the hatchet and work together constructively towards bringing a lasting peace to Syria citing close cooperation between the countries regarding the elimination of the Assad regime’s chemical weapons stockpiles.

“I think they are negotiating now how to handle the Syrian situation at large, no matter what is said or flags that everybody is carrying,” said Peres. “Finally, they cannot solve their own problems without coming to peace.”

The Israeli politician cited the Cuban Missile Crisis in 1962 and the 2011 “Russian reset” between the Obama administration and Moscow as further evidence that the two countries do not truly wish to quarrel despite heated rhetoric at times.

Peres received the 1994 Nobel Prize, together with then Israeli Prime Minister Yitzhak Rabin and Palestinian leader Yasser Arafat, for the creation of the Oslo Accords, the famous agreement that brought Palestinians and Israelis to the table after decades of war ad for a short period of time provided a glimmer of hope that peace could be struck between the two parties.