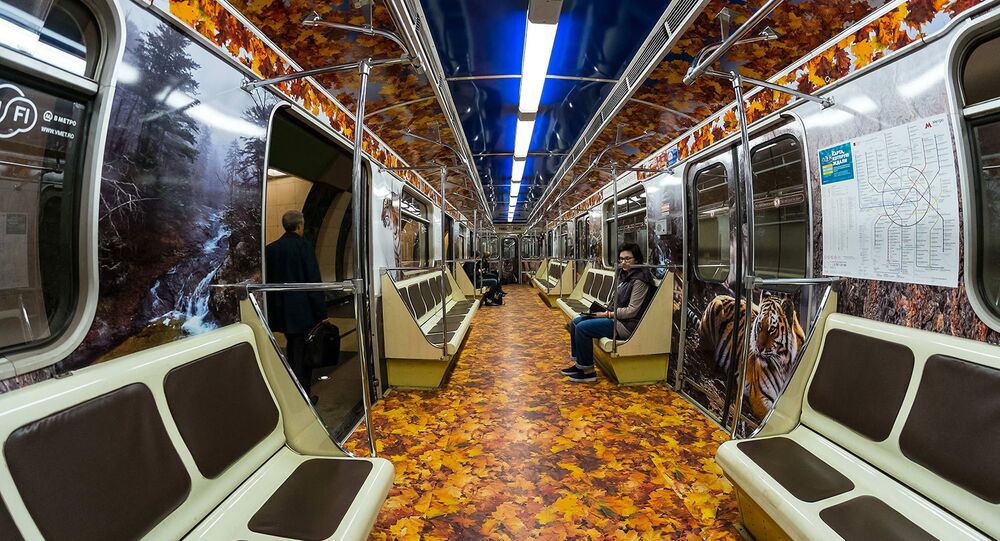 The “Striped Express” launched in Moscow’s world-famous Metro subway system on Friday. The train’s interior will give passengers the chance to learn about the rare cats that live in Russia’s Far East.

The train, which celebrates the world's two rarest cats — the Amur tiger and the Far Eastern leopard — hit the tracks on July 29.

"We are adding another themed train, the Striped Express, today. It will complement the train decorated in a similar manner that runs on the Lyublinsko-Dmitrovskaya Line," said Pavel Nabatov, acting head of Metro's Varshavskoye Depot.

© Sputnik / Aleksey Nikolskyi
The Circle of Life: Russia Helps Save Global Tiger Population After Near Extinction
The train's interior is decorated with images of the two feline species, designed by artists from around Russia. One of the cars is decorated with images created completely by an artificial neural network, developed and trained by Prisma Labs Company.

​The stickers inside the cars not only provide information about the species, but also allow some degree of interactivity: for example, every passenger has the opportunity to compare the size of their hand with that of the infant and mature predator's paw.

According to Moscow's city website, "The eight train cars are like eight chapters from a book on the daily life of these animals as they grow up from tiny cubs to the most perfect predators."

​The Striped Express debuted on International Tiger Day. It is a joint project of the Moscow Metro, the Amur Tiger Centre, the Far Eastern Leopards autonomous non-profit organization and the Russian Geographical Society. Both the Amur Tiger Centre and the Far Eastern Leopards are devoted to studying, preservation and population restoration of the world's biggest and rarest cats population.