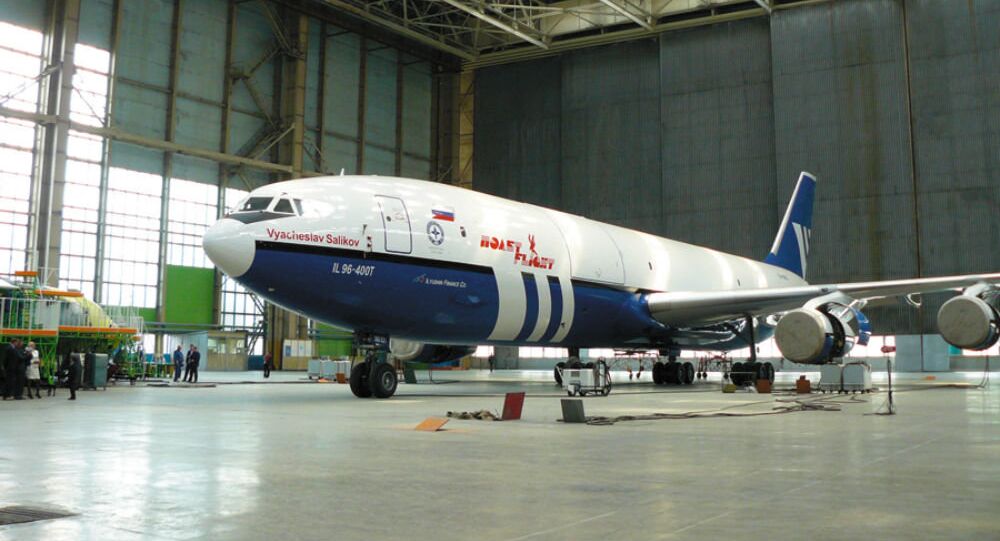 © Photo : Wikipedia/Artem Tkachenko
Ultimate Sea Warrior: Russia Creating Cutting-Edge Universal Nuclear Battleship
The new third-generation airborne command post is based on a modified Ilyushin Il-96-400 wide-body aircraft. It should be noted that late in 2015 the Russian military has already received a second-generation 'doomsday plane' based on an Ilyushin Il-80 aircraft.

Igor Korotchenko, military analyst and editor-in-chief of the National Defense magazine, told Sputnik that the 'doomsday plane' is designed to provide command and control of Russian military and strategic nuclear forces in case of a major conflict or even a full-scale invasion of Russia. He further explained that the aircraft essentially balances out the command and control system as the Russian General Staff and National Defense Control Center also have a number of mobile underground and airborne command centers.

"It ensures the inevitability of a nuclear retaliatory strike in case any country uses its nuclear weapons against Russia. Basically, this airborne command post ensures that no attack against our country goes unpunished. Any state that may threaten the safety or territorial integrity of the Russian Federation, that may launch a war or a sudden attack, would face retaliation," Korotchenko said.

Flying aboard the 'doomsday plane' at the altitude of about 10-12 kilometers, Russia’s Defense Minister, for example, has the capabilities to command all branches of the Russian military, including the strategic nuclear forces, assuming that he has the appropriate presidential sanction, the analyst added.

"This (aircraft) is a full-fledged command post that allows coordinating the actions of ground forces and navy during both conventional and nuclear war," Korotchenko concluded.