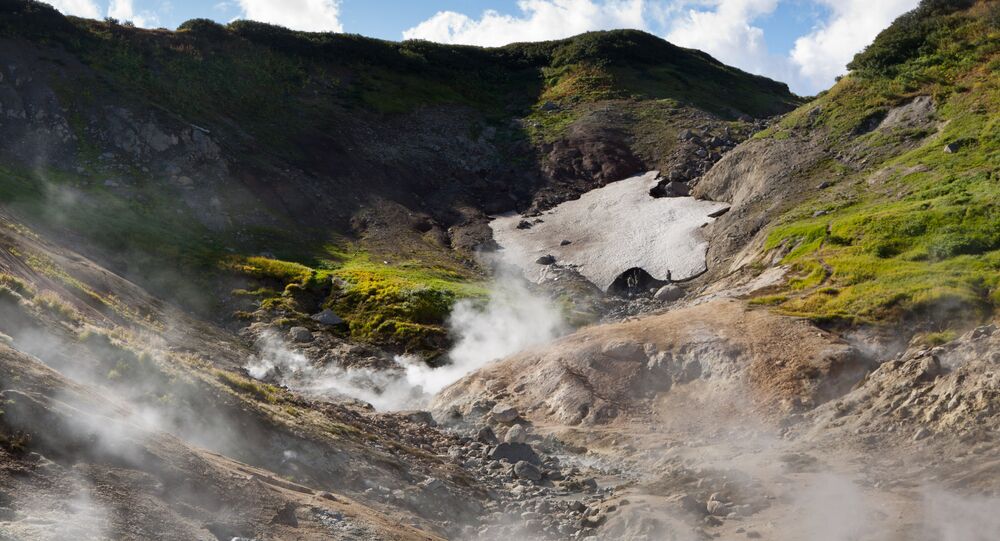 Russian Kamchatka to Present Some 10 Investment Projects at Economic Forum

Russia's Far Eastern Kamchatka Territory is planning to present some 10 investment projects worth around 30 billion rubles ($455 million) at the upcoming Eastern Economic Forum.

© Sputnik / Alexandr Piragis
The Faithful Dog: ‘Kamchatka Hachiko’ Abandoned at Airport Finds New Home
PETROPAVLOVSK-KAMCHATSKY (Sputnik) — The 2016 Eastern Economic Forum will be held in the city of Vladivostok on September 2-3. Investors are set to put forward competing projects ahead of the forum, with the winners gaining free access to the event.

"Firstly, we are planning to present an airport complex project. It is well thought through and is in an advanced stage of development. Secondly, projects in fishing and fish processing are also contending to take part in the forum. This is the Lenin Kolkhoz project on building fishing vessels. The project is valued at 4.6 billion rubles [$70 million]. Also the construction of a fish processing plant in the Karaginsky District," the Kamchatka Territory administration press service said, quoting the regional investment and business agency head.

© Sputnik / Prihodko
China Invests Over $2.4Bln in Russian Far East
A number of tourism project initiatives have also been submitted, which include several hotels, as well as an agroindustrial project involving the construction of a greenhouse complex and a broiler factory, the statement added.

A large-scale plan to create Advanced Development Territories (ADT) on the peninsula will be presented at the forum alongside competition winners' projects. The ADT status ensures a business-friendly environment for investors operating within ADT territory.

"It includes several projects. The construction of a terminal at the territory's main airport, a small aircraft airport, as well as greenhouse complex construction," the statement said.

The upcoming forum is expected to attract some 2,500 participants. The 2015 Eastern Economic Forum resulted in 80 agreements worth 1.3 trillion rubles ($19.7 billion), according to Russian Far East Development Minister Alexander Galushka.

Russia's Kamchatka, the Land of Fire and Ice