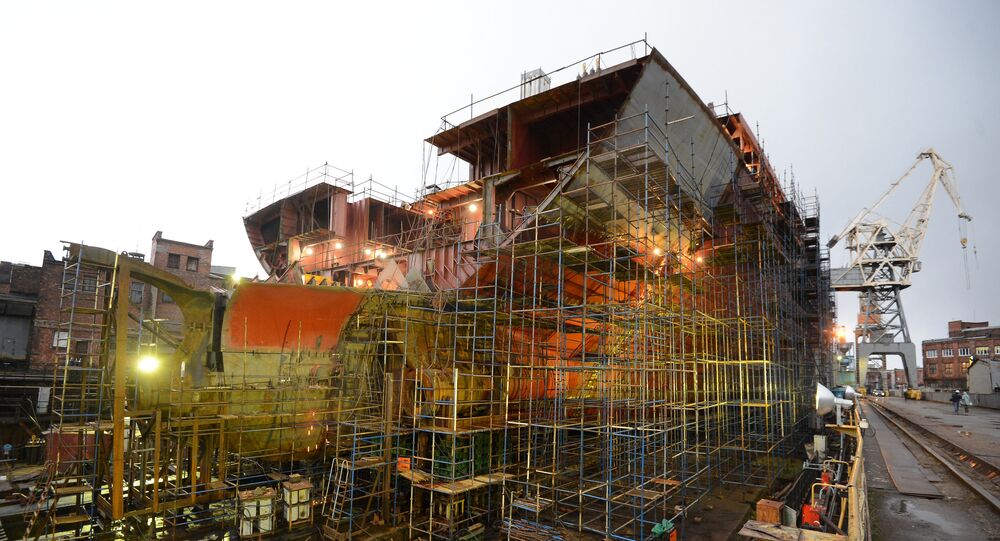 © Sputnik / Sviatoslav Akimov
Keel-Laying of Russia's Second Nuclear-Powered Ural Icebreaker Set for July
ST. PETERSBURG (Sputnik) — The Arktika, the first project 22220 class ship and the first nuclear icebreaker to be fully built in modern-day Russia, was successfully launched at the Baltic Shipyard in St. Petersburg on June 16. The second ship, the Sibir, was laid down at the shipyard in May 2015.

"We are laying the icebreaker ahead of schedule, since the Ural was supposed to be laid down approximately two months later. But it is fundamentally important that the impetus gained by the plant and the team engaged in the construction of new icebreakers is maintained," Sergei Kiriyenko, the head of Rosatom that ordered the icebreaker, said at the keel-laying ceremony.

© Sputnik / Alexander Liskin
US Icebreaker to Begin 4-Month Mission to Map Arctic Ocean Floor
The icebreakers of the Project 22220 are the world’s largest and most powerful vessels of their kind, fitted with two specifically designed RITM-200 nuclear-power reactors. The new vessels will be able to escort convoys in the Arctic, breaking ice up to almost 10 feet thick.

"Design for the new generation ‘Lider’ icebreaker should begin in 2016," Kirienko told reporters.

"Then it would be clear at what stage of development can we lay the first section and start building," Rakhmanov said of the ship with advanced features.

Kirienko compared the Lider’s characteristics with that of the project 22220 nuclear-powered icebreakers, saying if the latter operates in three-meter (9.8 feet) thick ice, then the Lider should break through ice that is a meter thicker (13.12 feet).