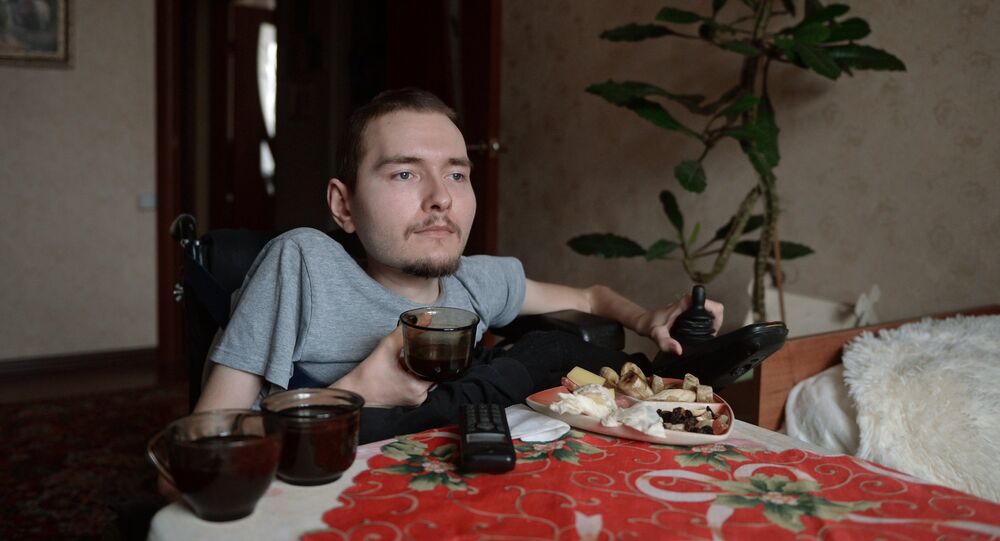 Early last year Italian neurosurgeon Sergio Canavero said he was set to perform a head transplant operation he dubbed HEAVEN (Head Anastomosis Venture). Valery Spiridonov, who suffers from a progressive and incurable wasting ailment, volunteered to be the first person to undergo the macabre procedure. He contributed this article to RIA Novosti.

© Photo : DesireForLife.org
A container for the isolated head. Drawing

A major obstacle to HEAVEN is the possibility of immune rejection of the transplanted head. To prevent this the patient will be prescribed huge doses of immunodeppressants, which are highly toxic and can facilitate the growth of malignant tumors.

Professor Canavero disagrees, arguing that during the initial period of rehabilitation contemporary immunodeppressants speed up the regeneration of the nervous system and do not cause cancerous complications.

Scientists have also found that the majority of transplant operation patients are subject to the so-called “opportunistic infections.”

Many believe that transplant operations on humans could inevitably lead to series changes in the recipient’s psyche, forcing him or her to replicate the behavioral patterns of the donor, especially if this donor had a criminal past.

There have also been cases of people failing to resign themselves to the presence in their body of a dead person’s organ and often taking their own life.

Will a recipient be able to control his body after a transplant?

Most of the critics of human head transplants argue that after the operation the patient will not be able to control his new body and that the only thing he may feel will be the face, nothing more.

© Photo : DesireForLife.org
A container for the isolated head. Drawing

Sergio Canavero insists that the existing technology of  immersive virtual reality can make one feel artificial or imaginary limbs and teach how to control them.

Recently scientists managed to graft a rubber stick onto a volunteer’s body creating a complete illusion of it being felt as an integral part of the recipient’s body. The method could also work in the case of head transplant operations with the additional use of hypnosis.

In Italy posthumous transplant operations are mostly frowned upon, above all by the Roman Catholic Church. Meanwhile, the Russian Orthodox Church approves the sacrifice of one’s body, entirely or in part, for the sake of saving someone else’s life.

Reproductive issues and ethics of donorship

A donor’s relatives may find it hard to resign themselves to the idea that their loved one, even though his or her brain is already dead, will serve the needs of someone else’s head.

Even if the new body functions properly, planning posterity may become a problem. Such an operation should involve freezing the recipient’s germ cells and even a sterilization of the donor body to avoid unwanted heredity.