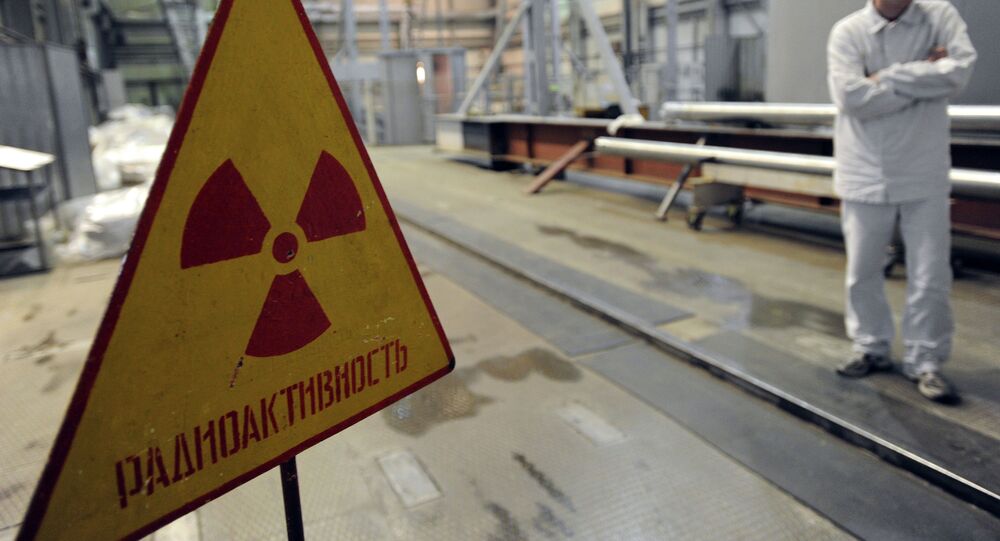 The upcoming visit by IAEA diplomats to Russia's Beloyarsk Nuclear Power Plant (NPP) and the uranium-enriching Ural Electrochemical Integrated Plant should help to convince the country's partners on the benefits of working with Russia in the nuclear sphere, Russian Permanent Representative to the International Organizations in Vienna told Sputnik.

VIENNA (Sputnik) — The International Atomic Energy Agency's visit to the two nuclear enterprises will take place on July 19-21 at the initiative of Russia's Rosatom state-owned nuclear energy corporation, and is set to become the fourth such visit to Russian nuclear enterprises. The Beloyarsk power station is the only plant in the world using the innovative sodium-cooled BN-600 and BN-800 fast breeder reactors. The BN-800 reactor was connected to the power grid in early 2016 and is expected to start commercial operations later in the year.

"Earlier, we used to invite diplomats to standard stations, also showing our construction, engineering and safety capabilities, this time Rosatom will show something that should convince our potential partners of the advantages of working with us. We will show that sustainable production exists, which can reliably supply those interested with enriched uranium," Vladimir Voronkov said in an interview with Sputnik.

The envoy outlined that the Beloyarsk NPP works on the more efficient alternative MOX fuel, consisting of a uranium-plutonium blend, while also being an end-of-cycle plant that can generate energy from used fuel and leaves much less nuclear waste than standard NPPs.

The upcoming IAEA diplomats' visit to the innovative Russia Beloyarsk Nuclear Power Plant (NPP) will be attended by a record number of diplomats from around the world, according to Voronkov.

"This will be the fourth visit along the lines of Russia's permanent mission to the IAEA since 2013. This time, a record number is coming, 21 diplomats and nuclear experts, 15 of them are ambassadors. This year, the geography of the visit's participants is broader than last year. Two are international organization staff from the IAEA and the European Union. Asia is represented very well, with ambassadors from China, Japan, Korea, Indonesia, Pakistan as well as Qatar coming," Voronkov told Sputnik.

Regular visits by IAEA diplomats to Russia's nuclear enterprises helped to abate global skepticism about nuclear power that emerged in the wake of the 2011 Fukushima Daiichi nuclear disaster.

"I think that by cooperating with Rosatom, we were able to abate the 'Fukushima syndrome' that threatened the global nuclear industry with collapse. In this context, let's remember the recent skepticism shown by many countries toward the potential of nuclear industry's development and the decisions by the German and Swiss governments about the gradual shutdown of their nuclear power stations. Furthermore, there are regions in Africa and Asia where only nuclear energy is capable of ensuring a sustainable energy supply," Voronkov said.

Ambassadors have an opportunity of seeing the operation of nuclear power stations firsthand, as well as observing the safety standards implemented by Rosatom, Voronkov added, stressing that those diplomats who gain an understanding of the principles of work behind nuclear power can get rid of their fear of the atom.

"Many of them told me about this, this is very important in terms of promoting nuclear technologies on the global market… Many people view the nuclear sphere with suspicion as something powerful and sometimes beyond human control. I would call this a sort of demonization of the atom. Given Hiroshima and Nagasaki, the accidents on Three Mile Island, in Chernobyl and in Fukushima, the phenomenon is understandable," Voronkov said.

© AFP 2021 / SANTO / MEDIA INDONESIA
Global Nuclear Energy Cooperation Beyond Politics - Russian IAEA Envoy
In mid-2015, IAEA diplomats visited the Rostov NPP and the Atommash nuclear engineering factory in southern Russia at the invitation of Russia's Rosatom state-owned nuclear energy corporation as well as the country's mission to the agency, which is headed by Voronkov. The visit was aimed to promote nuclear power and showcase Russian nuclear technology, as well as its safety standards, according to the organizers.

Voronkov added that this year the African continent will be represented by Sudan, while Argentina, Nicaragua and the Dominican Republic will represent Latin America, and Germany, Belgium and Slovakia will represent Europe. Senior diplomats from Singapore, the Netherlands and Israel as well as nuclear experts are also expected to pay a visit to Russia's NPP, while the United States and Canada will not be visiting, according to the diplomat.

"The United States and Canada have never taken part, and they will not come this time. Every year, we send a circular note to all IAEA missions in Vienna, inviting them to take part in the tour," he said.

The visit to the Beloyarsk NPP, as well as the uranium-enriching Ural Electrochemical Integrated Plant, will take place on July 19-21. The Beloyarsk power station is the only plant in the world using the BN-600 and the BN-800 fast breeder reactors.

Good Luck With That: Obama Tries to Trick Russia Into Nuclear Disarmament

Russia, Cuba to Sign Deal on Peaceful Use of Nuclear Energy - Moscow