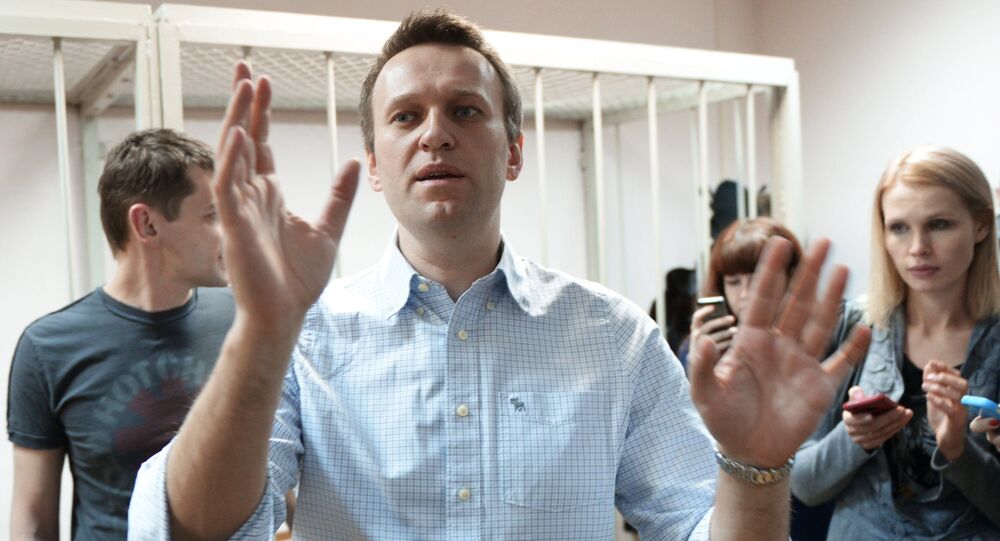 The Russian Federal Security Service (FSB) confirmed it had not opened a criminal case against Russian opposition figure Alexei Navalny on espionage allegations.

© Sputnik / Maksim Blinov
Russian Opposition Figure Navalny Free to Sue Channel Over Documentary - TV Host Kiselev
MOSCOW (Sputnik) — The document with the FSB's confirmation was attached to the civil lawsuit case filed by Navalny against Russia’s state-run broadcaster VGTRK, which on April 10 aired a preview of a documentary on its show Vesti Nedeli, claiming that Navalny had received money from the UK intelligence service MI6, a RIA Novosti correspondent reported from the court.

The request to attach the response from the FSB to the case was filed by Navalny.

"I made a request after [watching] the documentary, because it is actually an accusation of a crime. If I really were a British spy, the FSB would have to open a criminal case, or at least to carry out the check, but nothing of this has been done," Navalny said.

The documentary titled "The Browder Effect" aired in full on April 13. The film claimed that Navalny had received 100 million rubles ($1.5 million) from MI6 for "activities aimed at exposing corruption and the theft of Russian state assets." Some of the money was allegedly supposed to be transferred to a trustee from the Moscow Helsinki Group, one of Russia's oldest human rights watchdogs.