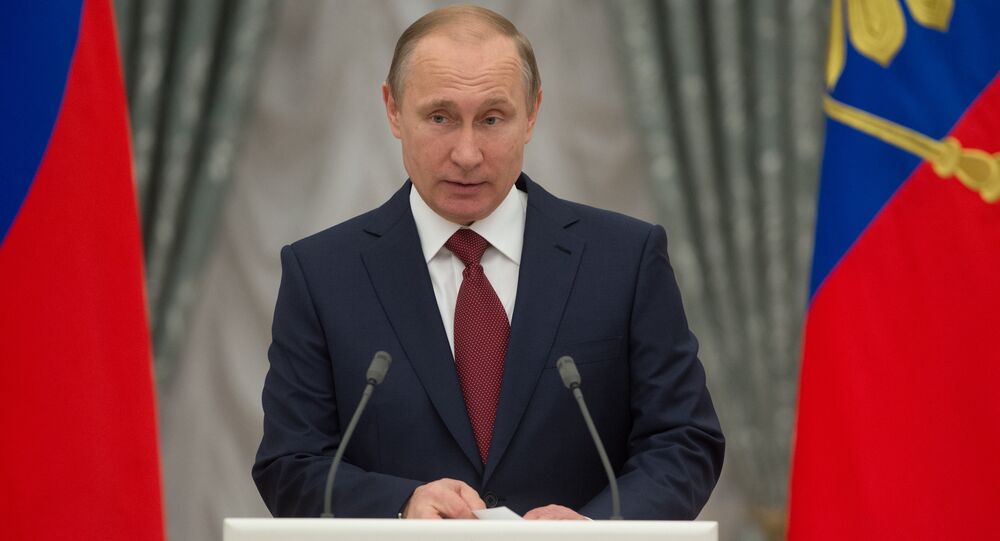 Acclaimed economic pessimist Nouriel Roubini believes that Russia’s best days are in the future and predicts the country’s economy will grow by as much as 2% in the near-term.

US economist Nouriel Roubini, nicknamed Dr. Doom for his pessimistic views on the world economy and credited with accurately predicting the 2008 global economic meltdown, shocked the crowd during a lecture at the International Financial Congress in St. Petersburg when he provided an upbeat assessment on the state of Russia’s economy moving forward.

"They said that when Gorbachev visited the USA he was asked to describe the state of the Russian economy and he replied with one word: 'Good.' Western leaders asked him to elaborate, if only a little, to which he replied: 'Not good,'" said Roubini opening the lecture with a tinge of humor.

Roubini believes that the world economy could be described in a similar fashion today noting that while the 2008 financial crisis triggered a global recession, the world has done a better job of weathering headwinds including the Chinese economic slowdown and Brexit thus far.

In his view, the Brexit phenomenon is a regional rather than a global shock unlikely to cause a contagion cascade in the world markets like the collapse of Lehman brothers in 2008. According to Roubini, that optimistic outlook could change if Brexit triggers a complete disintegration of the European single market and dissolution of the Schengen Agreement.

He also expressed concerns that apart from a breakup of the European bloc, the post-Brexit aftermath may lead to a wave of secessionist movements across the continent. If Scotland and Northern Ireland breakaway from the United Kingdom, it may be onl,y a matter of time before Catalonia departs from Spain and he worries that even countries like Sweden and Denmark may have had their fill of the EU.

"The macroeconomic framework today is much less fragile, I would say is more stable, than it was a few years ago," said Roubini about the Russian economy despite ongoing Western sanctions against Moscow and headwinds from collapsing oil prices. Overall, Roubini forecasts that the Russian economy will grow at a rate of 1% to 2% in the near term and overcome the external shocks.

He lauded Russian leaders for adapting to falling oil prices, unlike many other energy rich countries, and "realizing that this oil shock is a permanent shock rather than transitory" even if price remain stable in the $40 to $60 per barrel range.

Roubini does not believe that Russians are quite out of the woods pointing to issues of falling disposable incomes and related social instability while the country weathers Saudi Arabia’s price war on other oil producing countries and the savagery of Western sanctions.

Dr. Doom, however, maintains optimistic about Russia’s technological sector, relatively stable quality of life, and the ability to sidestep the explosion in demographic dislocations of wealth and consumer credit dependency that malign the US, UK, and several other developed economies. Roubini is betting on the Russian people, unfettered by Western-style debt traps, to be the light in a sea of darkness.

Russia Exported $4.6 Bln Worth of Arms, Military Equipment in 2016 - Putin