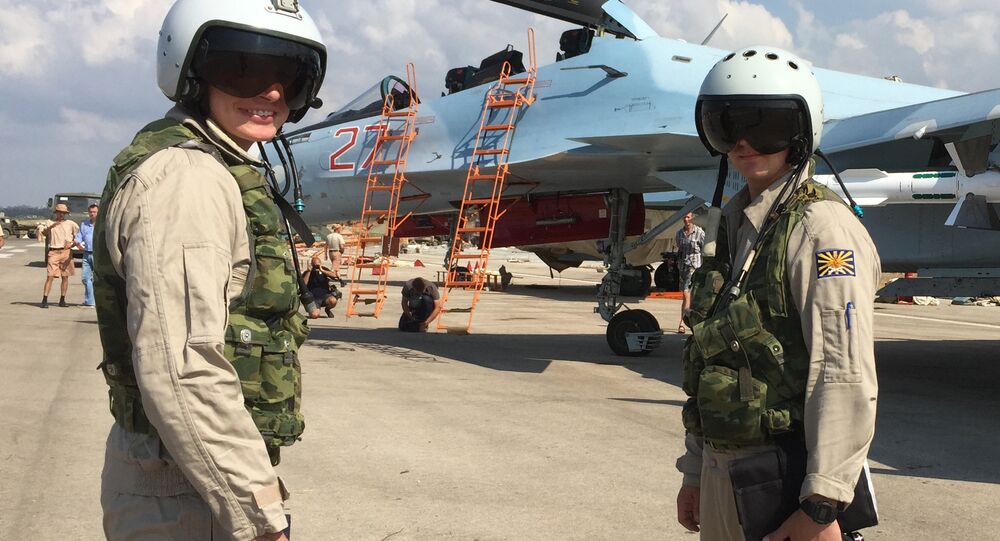 A top US Air Force commander has acknowledged the professionalism of Russian pilots in general but questioned that of “particular crews.” In an interview with Sputnik, Russian military expert Andrei Golovatyuk advised the Americans to make up his mind.

“Each time our warplanes come close with American planes the Pentagon starts accusing us of unprofessionalism. And now we see General Gorenc saying that our guys are professionals. The Americans need to make up their mind.  The whole world knows that our pilots ate top-notch specialists as evidenced by what they did in Syria. That’s why I think the Americans are simply jealous of our guys,” Andrei Golovatyuk, a retired Colonel and a senior member of the Russian Officers Union, told Sputnik.

Occasional cases of Russian warplanes coming within meters of their US counterparts are of special concern to the Pentagon. In January a Russian Su-27 buzzed a US RC-135 reconnaissance plane on what the Americans said was a “routine flight” just 30 miles off Russia’s Black Sea coast.

© Sputnik / Dmitry Vinogradov
American Pilots 'Admire Their Russian Counterparts' for Defeating Daesh
After Russia scrambled a MiG-31 fighter to intercept the US Navy’s P-8 Poseidon patrol plane off the Kamchatka coast in April, the Pentagon slammed the Russian airmen’s actions as “reckless and unprofessional.”

“We frequently encounter the Russians in and around international airspace. The majority of those intercepts continue to be professional, but every once in a while, there is a discussion in respect to the professionalism of a particular crew… that causes us to look at it and say, ‘What are they doing?’” General Frank Gorenc, US Air Forces Europe — US Air Forces Africa commander, told Air Force Times.
Russia, for its part, insists that its Air Force pilots act fully in line with international airspace rules.

Andrei Golovatyuk accused the Americans of dragging their feet on a Russian proposal to develop a security enhancing system over the Baltic Sea and other places.

“Our Commander-in-Chief said he is fully behind a Finnish proposal to ban flights over the Baltic Sea with transponders switched off, so that pilots know who is who, just like in civil aviation. But it looks like the idea doesn’t sit well with the US and NATO. Why so?” Andrei wondered.