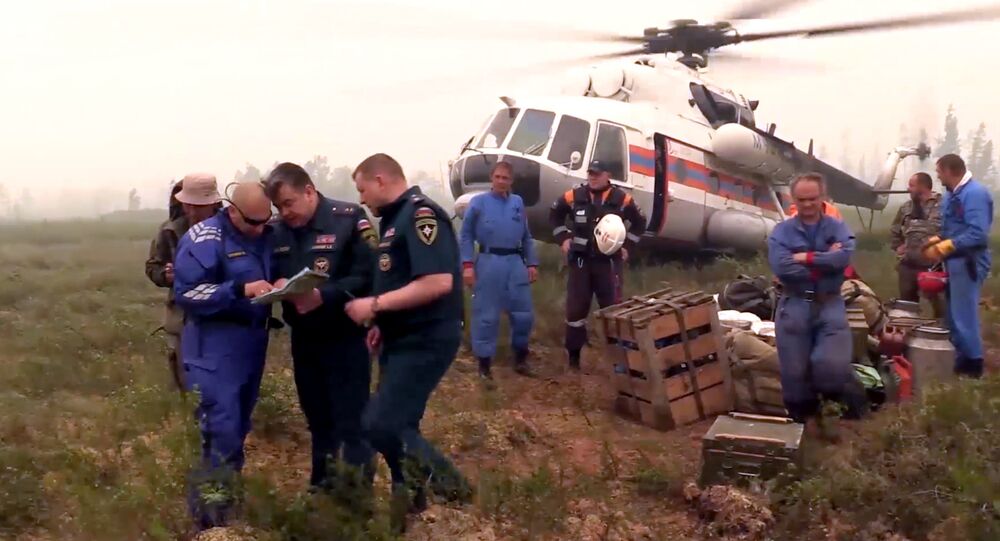 MOSCOW (Sputnik) — The Interstate Aviation Committee (IAC, MAK), an airline safety watchdog, is retrieving data from black boxes that were found after an Il-76 jet crashed while on a fire-fighting mission near the Russian city of Irkutsk.

Press-service of Russian Emergency Situations Ministry
Bodies of All 10 Crew Members Found at Russia's Il-76 Crash Site
The plane went missing last Friday after failing to make scheduled contact with rescuers. All ten crew members died in the crash. The last of the bodies were pulled from the charred wreckage earlier in the day. The black boxes received thermal damage.

According to the civil aviation watchdog, the magnetic tape in the cockpit voice recorder is in moderate condition. The condition of tapes inside the flight data recorder is good. Both tapes were successfully copied.