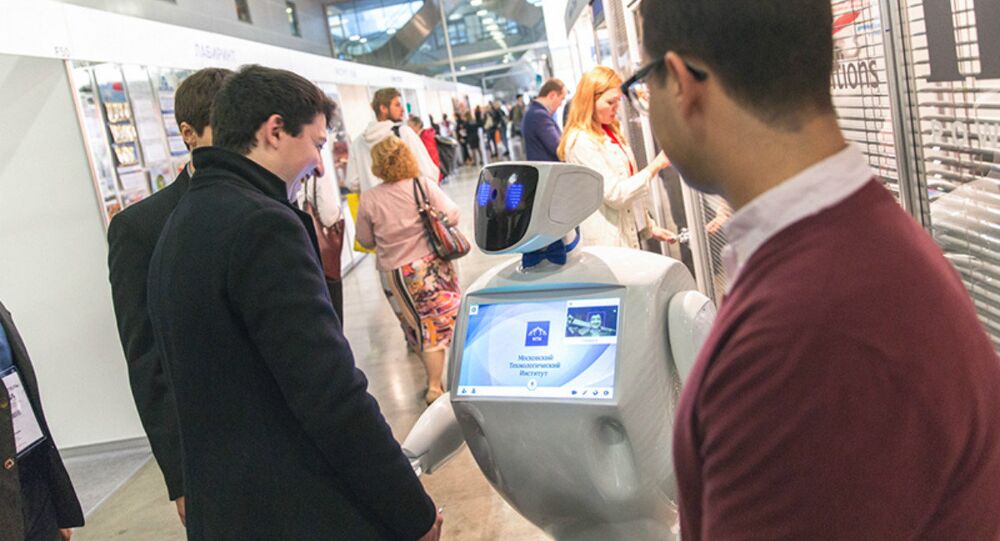 Sputnik
Under the Sky: Moscow to Exhibit Medieval Relics at Open-Air Museum
Lucky visitors to Russia's Schusev State Museum of Architecture will be accompanied on excursions by a robot guide, Moscow's city administration announced on Monday.

The blue-eyed humanoid robot is called Alan Tim, and is able to have conversations and even share a joke with visitors.

Alan Tim will take visitors on excursions around a new exhibition at the museum which details the history of Moscow's 81-year-old subterranean rail transit system, called "Moscow Metro – Underground Monument to Architecture."

© Sputnik / Kirill Kallinikov
Moscow Metro - Underground Architectural Monument exhibition opening
From July 14, the robot will tell visitors about the museum's new exhibits, which include architectural blueprints, old photographs, and stories about the architects, artists, engineers and builders who worked to construct the Moscow metro system.

The museum work is a temporary job for Alan Tim, who was created by a group of engineers in Perm called Promobot, and is named after mathematician and computer scientist Alan Turing, and Tim Berners-Lee, inventor of the World Wide Web.

© Sputnik / Kirill Kallinikov
Moscow Metro - Underground Architectural Monument exhibition opening
In February the robot began work as an assistant at the Moscow Technological Institute (MTI), and is taking part in a research project dedicated to interaction between humans and robots.
© Sputnik / Boris Babanov
How It All Began: Rare Footage Depicts Construction of Moscow Metro in 1931 (VIDEO)
Alan Tim is being loaned to the museum from MTI, where researchers hope to be able to collect valuable data from his communication with museum visitors, which will allow them to further develop robotic technology.

"Alan Tim has more than 400,000 different words and phrases in its memory. The robot can remember the names of people it has met, recognize faces, and detect a person's sex and age," explained researchers from MIT's department of robotics.