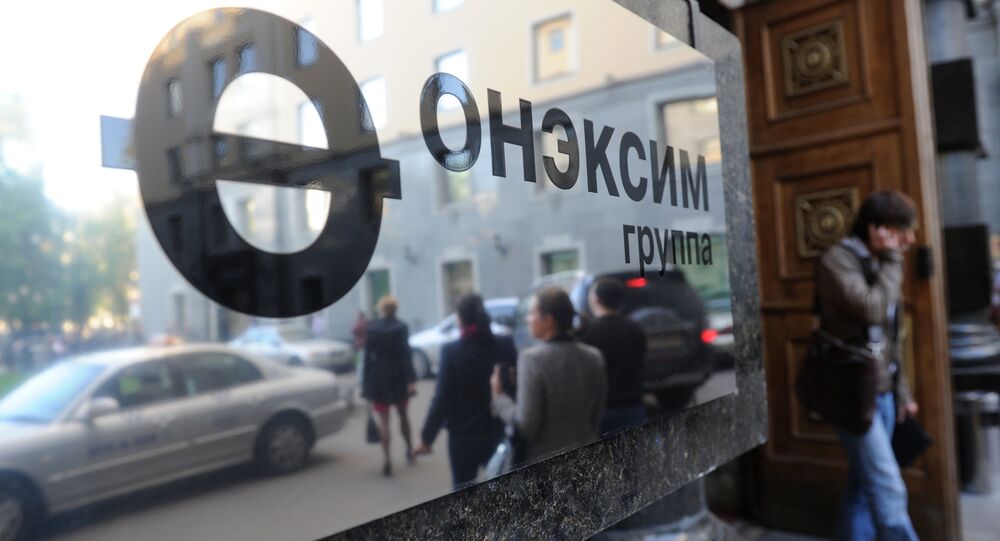 Onexim Group Selling All Assets in Russia After Search

Russian Onexim Group is selling all its assets in the country following a search in the company's offices, Russian media reported Monday.

© Sputnik / Ekaterina Chesnokova
Prokhorov Linking With RBC Policy on Offshore Leak Is ‘Inappropriate’
This decision was made after the Russian Federal Security Service (FSB) had conducted searches at Onexim's offices on April 14, the Vedomosti newspaper reported, citing its sources, including a person who is said to have received an offer to buy part of the assets.

An Onexim spokesperson refused to comment on the issue, according to the media outlet.

Russian law enforcement officials said the search was part of a tax-related investigation. However, some media outlets linked the search to the alleged pressure put on Prokhorov to sell the RBC media holding (part of Onexim).

The Onexim Group is one of Russia’s largest private investment funds with a diversified investment assets in mining, financial services, real estate, media, utilities and technology.

Prokhorov’s Sister to Take Lead of His Opposition Party