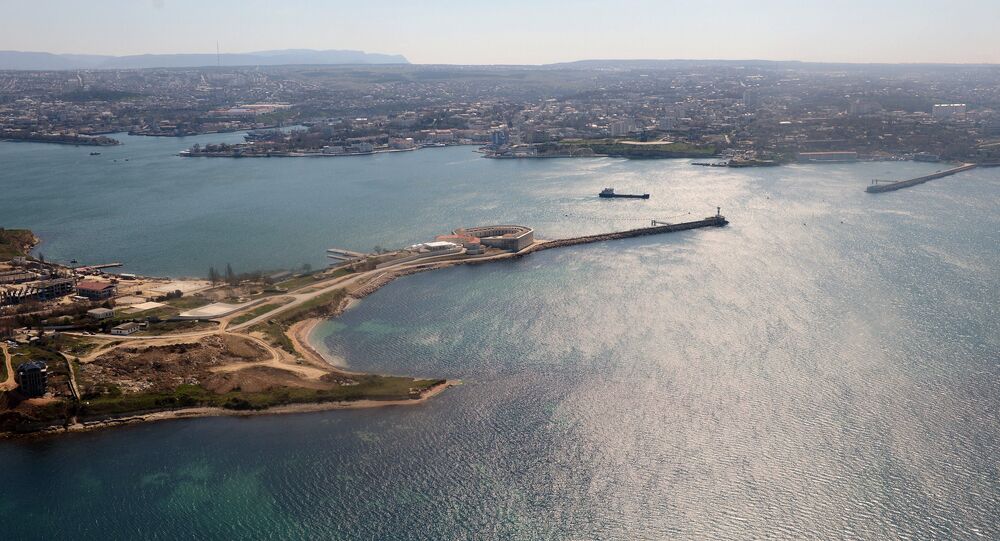 To improve dialogue with Russia, the West should undertake other measures than deploying military battalions near the Russian border, German newspaper Die Zeit wrote.

© Sputnik / Sergey Malgavko
US Human Rights Activists Offer to Create Crimea-America Friendship Society
The author does not challenge the official position of the West saying that in the case of reunification with Crimea "Russia violated international law," but noted that Russian President Vladimir Putin was guided by historical facts and strategic logic.

The newspaper reminded that Crimea was Russian territory ever since the reign of Catherine the Great and received another status only as a result of a "historic mistake" of Soviet leader Nikita Khrushchev.

In addition, NATO's expansion to the East raised security concerns in the Kremlin and made Russian authorities believe that the Black Sea Fleet might become a part of NATO under the new Kiev government, the newspaper noted.

The author is confident that the Kremlin "would never give Crimea back even if the West will extend the sanctions by another 50 years."

Therefore, in his opinion, the West should recognize the current status-quo as in this case there would more chances to "lay foundation for a long-term policy of de-escalation, balance and cooperation."

According to the author, the West has "a trump card:" it can recognize Russia's unification with Crimea, if Moscow would have "enough to offer in return".

Previously, officials in the Italian region of Veneto, adopted a resolution calling on the national government to recognize the current status of the peninsula as part of Russia. The document is only a recommendation though.

Youtube / Sputnik
Crimea The Beautiful: Cinematic Love Letter to the Peninsula
Crimea seceded from Ukraine and became part of Russia in March 2014, following a referendum in which 96 percent voted in favor of the move. The Crimean referendum has not been recognized by the Ukrainian government and its Western allies.

Ukrainian Ambassador to Germany Andrey Miller sharply criticized the newspaper's article and called the recommendation of the journalist "irresponsible and cynical."